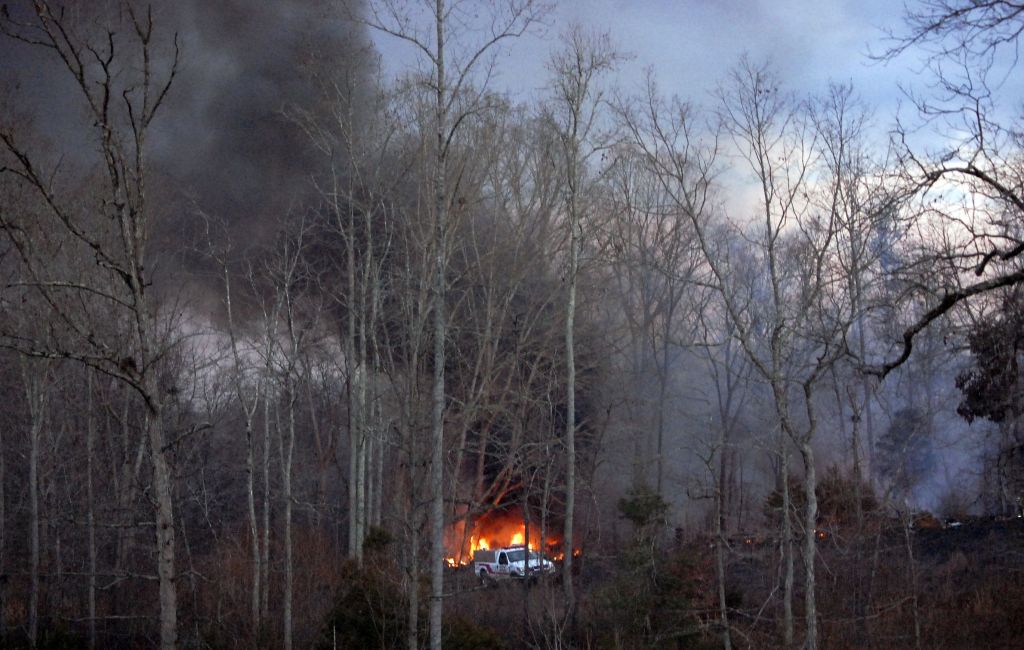 Multiple fire departments responded to a brush fire at Hidden Valley Road after a neighbor called to say a fire got out of hand.
Gene Rainey told a Post reporter he tried to help his neighbor, James Overman, after the fire spread Monday before 5:30 p.m. behind Overman’s home at 549 Hidden Valley Road. Rainey wasn’t sure what Overman was burning, but was told the wind shifted and the fire spread to property behind the house.
Overman couldn’t find his cell and went inside to make the call, but Rainey was able to call for help, he said.
Overman, who inhaled smoke, had to be checked at the scene by medical responders.
Rainey said he and Overman were able to keep the fire from spreading to a nearby garage with a water hose, but knew it was spreading fast.
Rainey described the large area of burned grass as a “horse shoe” shape around the back of Overman’s home, a garage and other wooded area.
Overman’s brother, Dwight Overman, who lives across the way on U.S. 601 received a phone call from his sister-in-law telling him there was a fire at his brother’s house. Dwight also said he was unsure of what his brother was burning but thought it was likely to be trash or leaves.
He said his brother was sick and believes that perhaps this was such a clear day that perhaps James just wanted to be outside.
Michael Spry, assistant chief of Franklin Fire Department, said fire personnel were able to contain the fire before it reached nearby structures.
A large section of grass caught fire sending black smoke into the air that could be seen for miles. The property is tucked into the back of a narrow dirt road and is located about half a mile from the entrance of Hidden Valley Road. A group of firefighters could be seen in the back of a pickup being transported closer to the scene.
The following fire and emergency services responded: Franklin Fire, Ellis Cross Country Fire and Locke Fire departments as did members of the N.C. Forest Service. Jerusalem Fire Department was on standby.
Contact reporter Shavonne Potts at 704-797-4253.