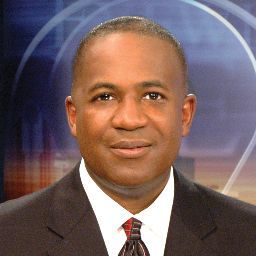 Longtime Charlotte TV news anchor and reporter Vince Coakley will be in Salisbury today to announce he’s a candidate for Mel Watt’s former 12th Congressional District seat.
A Republican who’s now the host of the online conservative Revolution Radio based in Charlotte, Coakley was scheduled to begin a six-county swing at 10:30 this morning, with an announcement and speech at each stop.
Coakley will be at the Rowan County Administration Building, 130 W. Innes St., at 2 p.m., with a speech at 2:10 p.m., according to a news release from his campaign.
He’s scheduled to be in Kannapolis at 3:10 p.m., stopping at the Veterans Park gazebo at 100 North Main St.
Coakley spent 18 years as a reporter and anchor for WSOC-TV. He left the station in 2010.
He and his wife Debbie live in Charlotte with their four children.
The 12th Congressional District stretches from Greensboro to Charlotte, along Interstate 85.
Watt, a Charlotte attorney and Democrat, had represented the district since it was created in 1993 as a majority-minority district. Watt resigned earlier this year to take over the Federal Housing Finance Agency.
Despite protests over its residents going unrepresented for months, Gov. Pat McCrory has said a primary and election to fill the seats will take place in May and November, on the regular dates for this year’s elections.

Amateur club’s monthly meet is “capture the flag” with…