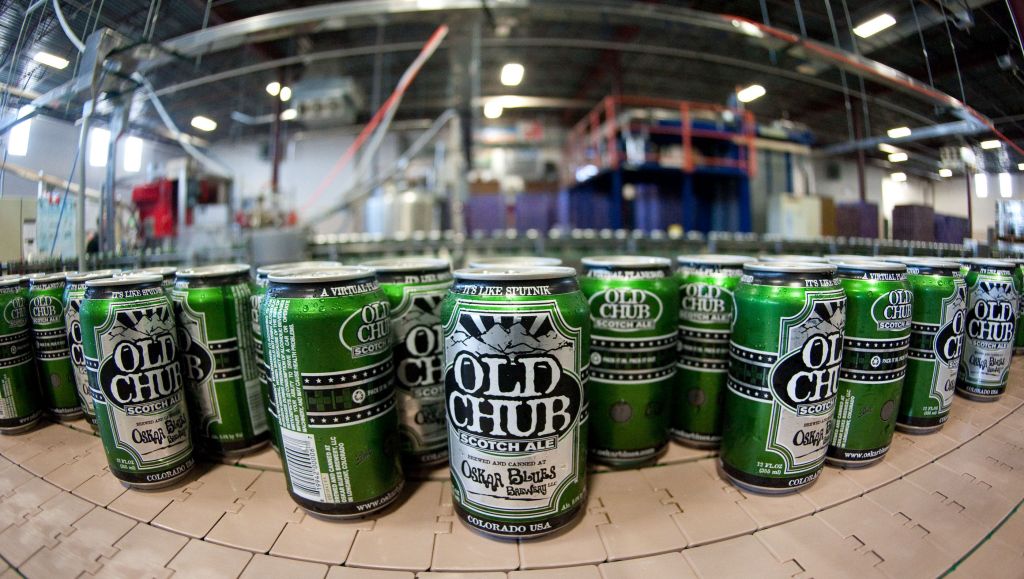 RICHMOND, Va. — The Super Bowl is all about the spectacle. Whether it’s the food, the commercials, the half-time show, the game itself, it’s got to be big and brash.
Which is why you have no excuse for drinking some watered down, mass market beer this year. We live in an age of seemingly limitless craft beer choices, making it easy to find truly fine brews worthy of drinking during the Feb. 2 showdown between Seattle and Denver. And for inspiration, you need look no further than the teams’ home states.
While Seattle is more famous for coffee than beer, Washington State is still home to around 160 craft breweries, as well as the source for many of the hops used in beers worldwide.
Seahawks territory includes Redhook Ale Brewery, which offers Audible Ale, a pale ale created along with sports broadcaster Dan Patrick. The beer, which refers to the term when a team changes its play at the line of scrimmage, is a medium-bodied beer with a mild hop bitterness. Redhook also features Long Hammer IPA, which uses hops during and at the end of fermentation to give it a certain bitterness with a pine and citrus flavor.
Seattle also is home to Elysian Brewing Co., whose lineup features Immortal IPA and Split Shot Espresso Milk Stout. The brewery, which was founded in 1995, says it takes a Northwest interpretation of the classic English style India Pale Ale and loads it with New World hop flavor and aroma. The stout combines sweet cream and rich chocolate flavors with Stumptown Coffee to keep you on the edge of your seat during the game.
Seattle’s The Pike Brewing Co., located near the famous Pike Place Public Market, features Pike Pale Ale, a medium-bodied beer with a crisp, citrus flavor balanced with hints of caramel from the malt. Its Scotch ale, Pike Kilt Lifter, has the sweetness from the toasted malt with a hint of smokiness.
Seattle’s Fremont area is home to artists, tech geeks and plenty of beer lovers. Fremont Brewing Co. plays on the area’s self-proclamation as the “Center of the Universe” for its flagship beer, Universale Pale Ale. The beer offers a twist on a classic pale ale using roasted malt balanced with Northwest hops for spice.
For Broncos fans, Colorado is home to more than 150 different craft breweries, many based in the Denver area.
About three miles from Sports Authority Field at Mile High, Great Divide Brewing Co. has been serving craft beer fans a wide variety of brews since 1994. Its Lasso IPA offers drinkers a more “sessionable” beer they can drink throughout the game. Despite its lower alcohol content (5 percent), the beer still features the crisp, refreshing and citrus flavors one would expect from an India Pale Ale. For a somewhat different beer to sip during the big game, try Old Ruffian (packing a heftier 10.2 percent alcohol), a barley wine that combines a huge sweet, toffee malt backbone with citrus hop flavors.
Bronco country also is home to New Belgium Brewing Co. with its flagship Fat Tire, an amber ale balanced with toasted malts and a hint of bitter hops. New Belgium also is releasing a new year-round beer just in time for the Super Bowl called Snapshot Wheat, an unfiltered wheat beer with a citrus aroma and a tart finish.
In 2002, Oskar Blues Brewery in nearby Lyons became one of first on the U.S. craft beer scene to put its beer in cans. Its Deviant Dale’s IPA is delivered in a 16-ounce tallboy can and packs a punch of hops that impart hints of grapefruit and pine. For something with less hop flavor, Oskar Blues offers cans of Old Chub, a Scottish strong ale brewed with malted barley and grains that evoke flavors of cocoa, coffee and smoke.
Other breweries in the area to consider include Left Hand Brewing Co., Odell Brewing Co. and Avery Brewing Co.
The Super Bowl is being played at the MetLife Stadium in East Rutherford, N.J., and that’s a fine excuse to sample some of the local brews.
The oldest of New Jersey’s several dozen craft breweries is Flying Fish Brewing Co. in Somerdale, which opened in 1996. The brewery’s lineup includes its Hopfish IPA, which balances the bitter hops with a malt sweetness and a citrus finish. Flying Fish also offers Exit 16, a double IPA brewed with wild rice, which the brewery says helps the beer ferment dry and showcase the five different hops used in the beer that create hints of pine and mango. Exit 16 also happens to be the off-ramp for MetLife Stadium.