Catch the Olympic spirit with fast and easy borscht 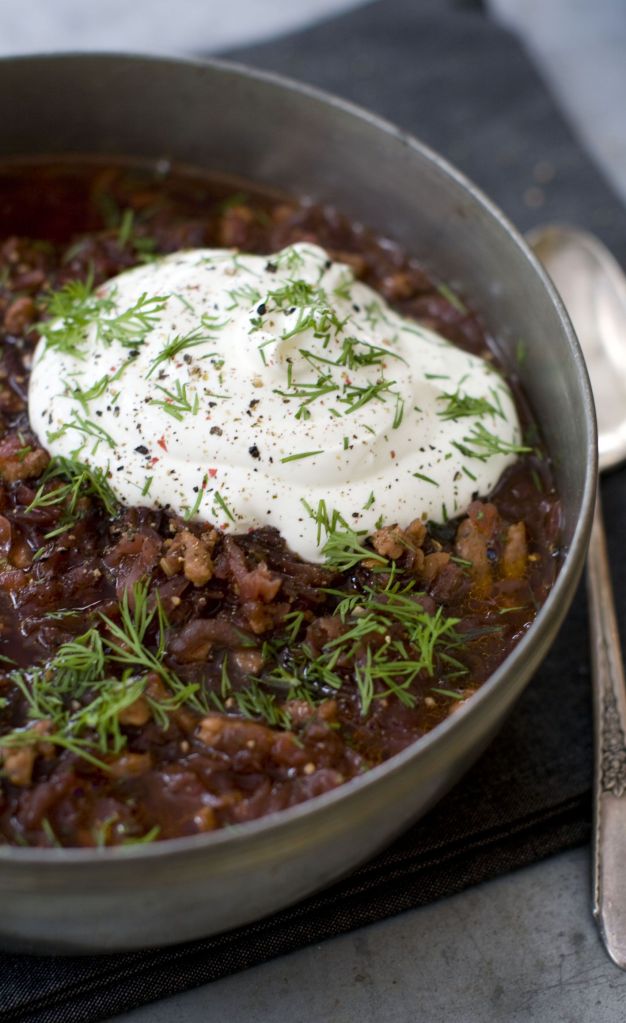 Borscht is woefully underappreciated in America. This classic dish from Russia (and much of Eastern Europe, in fact) not only is a great way to eat a ton of vegetables, it also can be incredibly delicious.
But it generally has a bad reputation. People think of it as a cold, stringy and mostly bland soup. While it can be served cold, that’s by no means the rule. And as for the stringy and bland part, no way. Borscht can get a stringy or mushy texture if it’s overcooked. But so can pasta, so it’s really just a matter of paying attention.
And if you’ve had a bland borscht, you just haven’t had a good one. The key is to start it off right — a nicely sauteed onion and spicy pork sausage. They add tons of flavor and a great hit of protein that makes this a substantial soup that can stand in as full meal. Dill and fennel seeds also amp the flavor. Round it out with fresh dill and sour cream, and you’ll learn to love borscht as an easy weeknight meal.
Start to finish: 20 minutes
Servings: 6
1 tablespoon olive oil
1 large red onion, thinly sliced
1 pound loose spicy
pork sausage meat
1 teaspoon fennel seeds
1/2 teaspoon dill seeds
1 quart beef stock
Three 15-ounce cans beets, drained
Salt and ground black pepper
Chopped fresh dill, to serve
Sour cream, to serve
In a large saucepan over medium-high, heat the oil. Add the onion and cook until just starting to brown, 3 to 5 minutes. Add the sausage and cook, breaking it up, until lightly browned, 3 to 5 minutes. Add the fennel and dill seeds and cook for another 30 seconds. Add the stock and bring to a simmer.
While the stock heats, fit a food processor with the large grating attachment. Grate the beets. Add the beets and any liquid in the processor to the pan. Bring to a simmer and cook for 5 minutes. Season with salt and pepper. Ladle into bowls and serve topped with sour cream and dill.