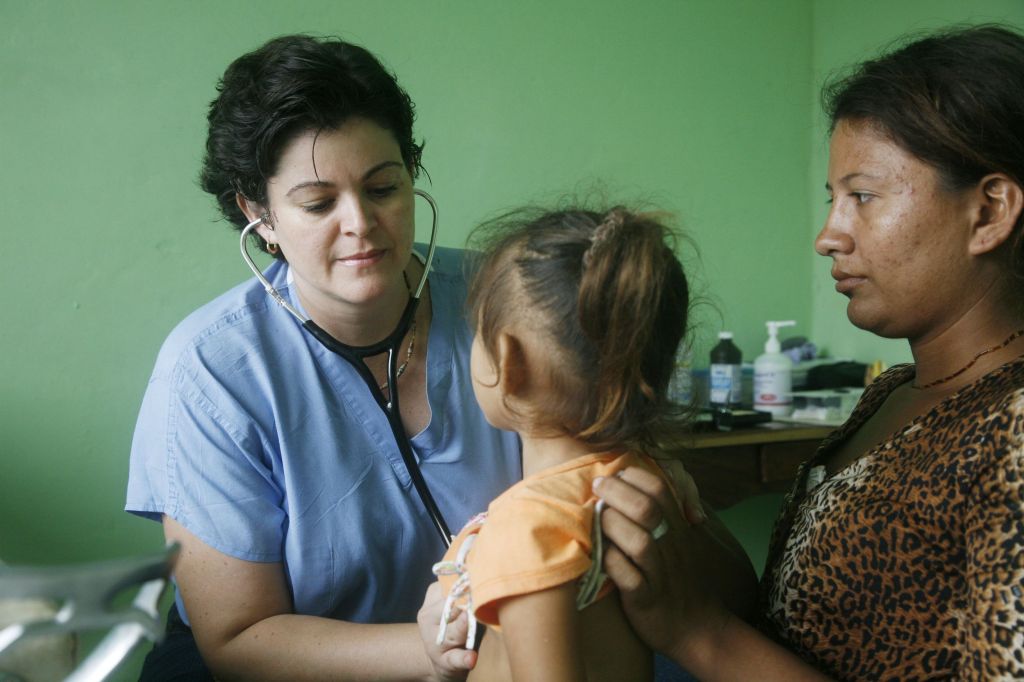 LEXINGTON (AP) — Growing up in an impoverished country, Dr. Beatriz Juncadella knew early on in life she wanted to be involved in mission work and help people.
The pediatrician at Thomasville Pediatrics has been doing both since 2007, after she cofounded La Luz de Cristo Ministries, which means the Light of Christ Ministries.
Last year the ministry raised about $100,000 and generated at least $500,000 in donations of medications from various organizations.
With the focus on the rural community of Empalme de Boaco, Nicaragua, which is about 100 miles north of Juncadella’s hometown of Managua, the ministry established a clinic in 2009. It now has 15,000 registered patients.
Juncadella is excited that the ministry will open a children’s library, which will be the only library in the vicinity of the town of about 30,000.
“We’re focusing on children who are preschool to 12 years of age. We want to promote to them positive values. We want to instill integrity in young people, teach them obedience and honesty and how to be a leader,” Juncadella explained.
The ministry is seeking donations of books in Spanish that have positive messages, she said.
A person from the community who is a college graduate will be the library’s administrator.
The Thomasville doctor went door-to-door locally selling wreaths this Christmas to help pay the administrator’s salary.
Nicaragua, located in Central America, is the second-poorest Third World country in the Western Hemisphere next to Haiti. Its per capita income is $420 per year.
“We just can’t get ahead. We’re always having setbacks,” said Juncadella, making note of a series of wars and revolts, in addition to several natural disasters that have struck the country.
The ministry thrives in large part due to private donations and fundraising efforts in and around Davidson and Guilford counties.
Juncadella speaks to area church groups. Her office, Thomasville Pediatrics, is a partner in the ministry. Its fundraising efforts help pay for a staff of doctors there. Local pharmacies help with donations of medication while Premier Printing in Thomasville supplies the volunteers’ prescription pads.
Juncadella is the physician in charge at the clinic. Teams of people, sometimes as many as 25, make two trips per year to Empalme de Boaco.
“We have teams doing surgical work at a nearby hospital,” Juncadella said. “We have audiologists doing audiology work.”
The ministry also has a construction team, which goes in and usually rebuilds one or two homes.
“We take bags of luggage that weigh 50 pounds each,” she said.
This past summer the ministry held a baseball camp and a children’s ministry that included a dance workshop.
She said the volunteers always go back to the same areas of the community and interact with the people.
“They know we’re not just going to never come back,” she said. “We want them to see God’s love in action being expressed in a tangible way. We want them to know someone cares about every aspect of their needs.”
Juncadella came to the U.S. with her parents in 1988 when she was 13. She graduated from West Charlotte High School, Guilford College and East Carolina’s Brody School of Medicine before completing her internship at Brenner Children’s Hospital in Winston-Salem.
She estimates about 50 percent of the people in Nicaragua are Catholic and 50 percent are Protestant.
The mission teams grow every year.
“It keeps me pretty busy,” said Juncadella, the mother of two children ages 13 and 11.
“It’s a great opportunity for anyone to see life in a Third World country. We’ve had a lot of college and high school students who have the trips.”
La Luz de Cristo Ministries is a 501(c) nonprofit.