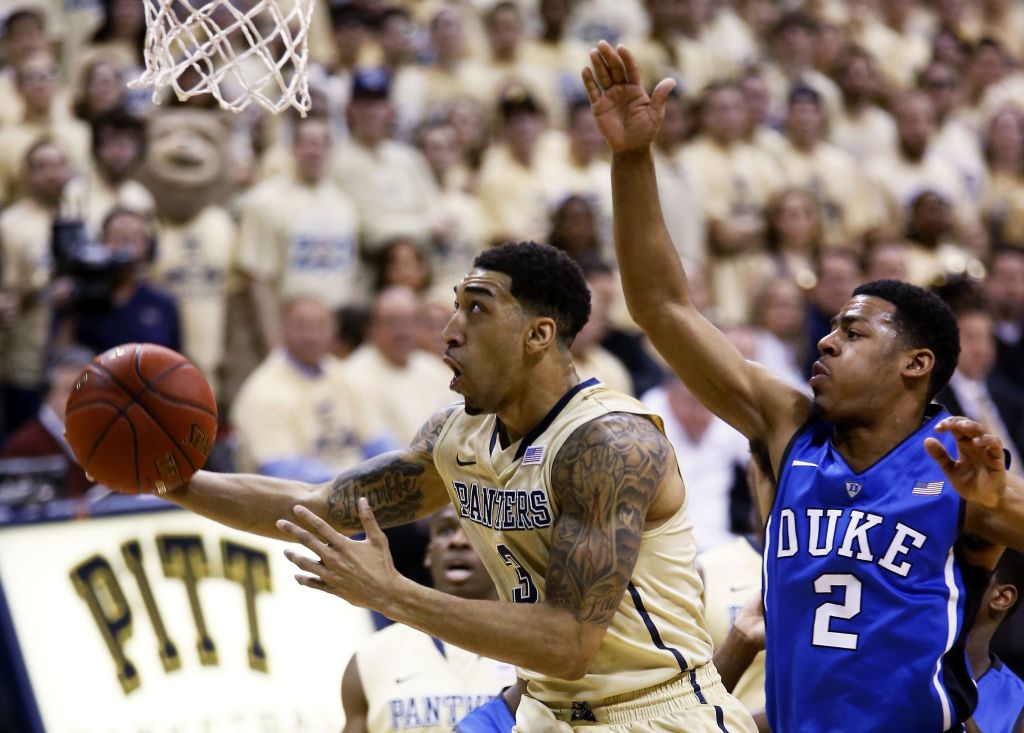 Associated Press
PITTSBURGH — Jabari Parker scored 21 points, reserve guard Andre Dawkins added 20 and No. 17 Duke pulled away from No. 18 Pittsburgh 80-65 on Monday night.
Amile Jefferson chipped in a season-high 14 points for the Blue Devils (17-4, 6-2 ACC), which brought Pitt’s hot start in its first Atlantic Coast Conference season to an abrupt halt. Duke made 13 of 25 3-point attempts, including four during a 15-3 run midway through the second half that broke open a tight game.
Lamar Patterson had 14 points for the Panthers (18-3, 6-2) who fell to 12-1 at home when they couldn’t keep up with the Blue Devils.
Parker helped Duke fend off some early game jitters before Dawkins poured it on. The senior drilled 6 of 7 3-point attempts to lift the Blue Devils to their fifth straight victory.
The Panthers have strolled through their first month in the ACC, their only setback a four-point loss to fellow Big East refugee Syracuse. They have posted road wins at N.C. State, Georgia Tech and Maryland, but the Blue Devils constituted a significant step up in class.
It’s a step Pitt didn’t quite look prepared for on a night the Panthers gave up a season-high in points. Parker added 11 rebounds to set a Duke freshman record with his 12th double-double, but it was Dawkins that provided the difference.
Two free throws by Patterson brought Pitt within 52-51 with 9:41 left when the Blue Devils took off.
Dawkins slipped through the lane for a tip-in to get going. Quinn Cook followed with a 3-pointer. Dawkins responded by knocking down a 3 on each of Duke’s next three trips down the court, including a 25-foot heave at the shot clock buzzer. The final jumper made it 67-54 with 5:32 left and seemed to take all the life out of a record crowd. Pitt never drew within single digits the rest of the way.
Parker accepted congratulations from his teammates as the final seconds ticked off and the crowd headed out into the bitter cold night, a decisive end to a game that featured eight ties and nine lead changes over the first 25 minutes.
With the student section — some of whom had camped overnight — producing small tremors every time the Blue Devils had the ball in their hands, the Panthers controlled the game’s first 10 minutes but missed an opportunity to bury Duke early by missing a handful of shots in the lane. During one sequence Pitt grabbed four offensive rebounds but failed to convert.
Parker didn’t let the reprieve go to waste. The versatile forward did a little bit of everything to get the Blue Devils back in it, with a dozen NBA scouts in the front row getting an eyeful. He dunked twice, hit two 3-pointers and even put together a nifty up-and-under move that drew two Panthers off their feet before he laid it in.
The result was a slim 34-32 halftime lead for Duke.