Doribaldo Magna made his way to Salisbury from El Salvador, perseveres through pancreatic cancer 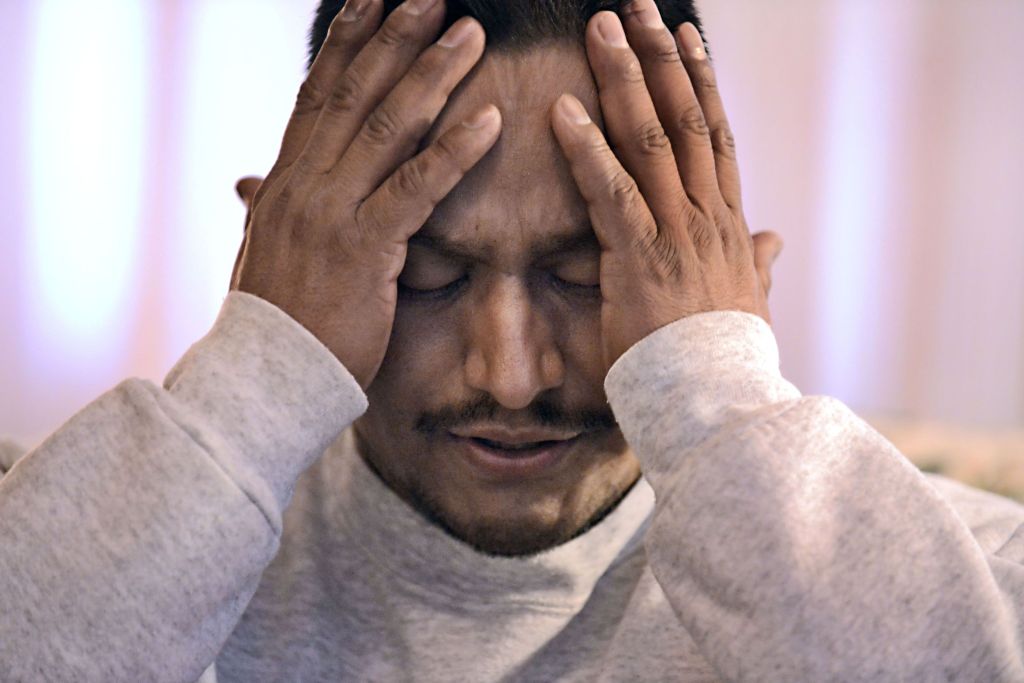 Doribaldo Magna’s story is one of survival — and it’s not over yet.

Magna, as he prefers to be called, came to the United States from El Salvador in 2003. He had lived with his mother, who he said beat him from an early age. He told her that when he was 12, he was leaving. That’s exactly what he did. An aunt took him in and he lived with her for four years.

Another aunt lived in Salisbury. He called and asked for her help in coming to America. She said she could help — once he got to this country.

So Magna, now 31, made his way through El Salvador, Guatemala and Mexico to cross the border, an odyssey that took some 57 days. At one point, he rode atop a freight train. But he made friends along the way.

He’s also made friends in Salisbury. He and an uncle did some work for Sharon Adamson, working on her barn and putting up a fence. When Magna hurt his back at work and had to have surgery, Sharon took him into her home.

Then, in August 2012, he started having severe stomach pain. The pain came and went for several months, until December 2012, when Magna was diagnosed with pancreatic cancer, which had spread to his liver.

“The doctors said, we will send you home, and you will wait to die,” Magna says.

Instead, Sharon took him to Wake Forest Baptist Medical Center, where he has been taking chemo treatments — twice a week every two weeks.

Although he’s been diagnosed with stage 4 cancer, he has responded well to treatment. The tumors have shrunk to half their size.

“As long as he is here, he will have to have chemo,” Sharon says. “They’re surprised it has shrunk as much as it has.”

“God’s going to do his part,” Magna says.

Linda Duncan shuttles Magna back and forth to Winston-Salem for treatment. She is a breast-cancer survivor.

“My walk through that made me want to do something for someone,” she says. “Magna was my first assignment.”

She’s been working with Magna since July. Linda is donating her time and gasoline. Luckily, she says, she recently bought a Prius, and boasts that the vehicle gets 50 miles per gallon. In the miles back and forth to Winston, she’s heard his story.

Magna has no idea how long he’ll keep taking treatment.

“As long as the cancer is shrinking,” Sharon says, “they’ll keep doing treatment.”

“It’s up to the man upstairs,” Linda adds.

Sharon, too, is modest about her assistance to Magna.

“He had worked so hard in helping me,” she says. “He didn’t have anywhere else to go. I’ve had some very good people in my life do generous things for me. I guess this is my way of paying it forward.”

Sharon is friends with Helen Brown, who puts on an annual garage sale to benefit cystic fibrosis research. She and Magna have helped Helen with the sale. Helen recently donated a Bob Timberlake print, “Grandfather Mountain,” to be given away to help with Magna’s expenses. Tickets are priced at $5 each and are available at Literary Book Post and through Linda and Sharon.

Additionally, a fund in Magna’s name has been set up at F&M Bank, in care of Sharon Adamson. You may contact any bank branch for details.