5 things to know about the State of the Union 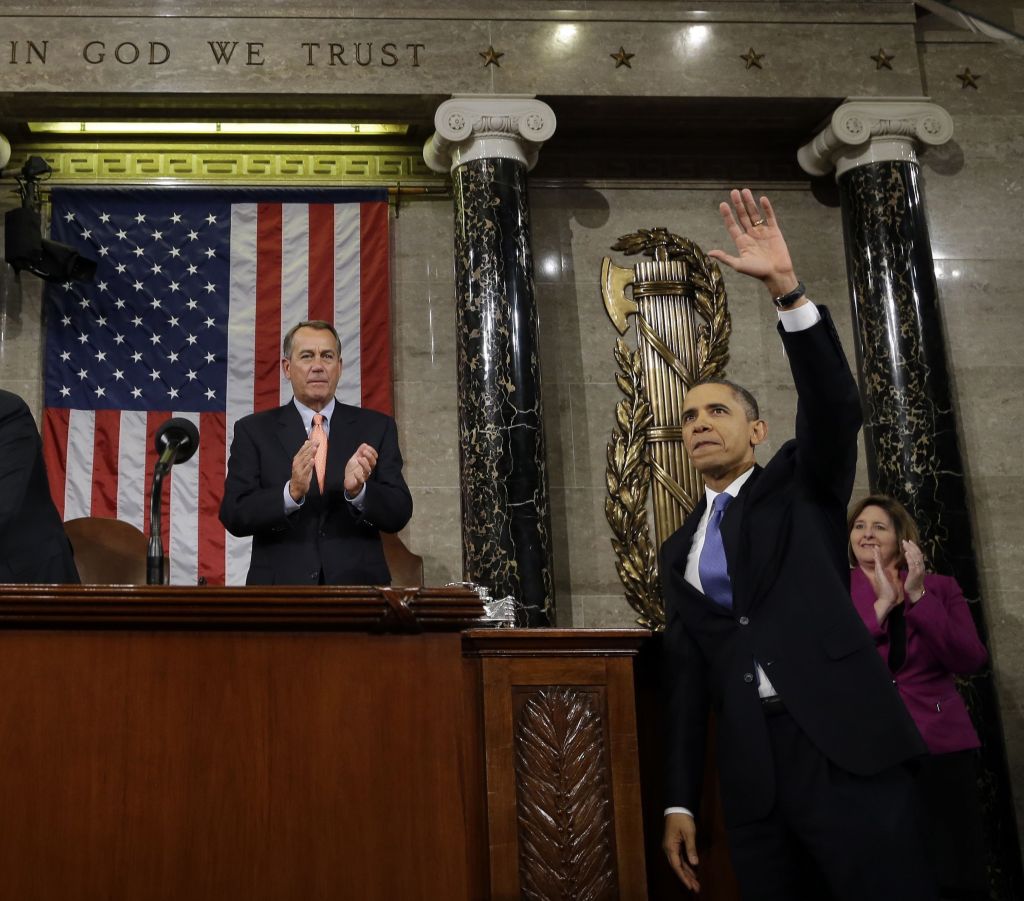 WASHINGTON (AP) — State of the Union night is coming up on Tuesday. Time to set the record straight on a few things: Yup, Bill Clinton really was the most long-winded. Nope, it doesn’t have to be a speech. And, in truth, this “annual” event doesn’t happen every year. Five things to know about what White House insiders call the SOTU:
1. It doesn’t have to be a speech.
The Constitution says the president “shall from time to time give to the Congress Information of the State of the Union, and recommend to their Consideration such Measures as he shall judge necessary and expedient.” George Washington and John Adams did it in person. But Thomas Jefferson thought that looked too much like a British monarch issuing orders to Parliament, so he decided to check in via written report instead. Presidents stuck to that strategy until 1913, when Woodrow Wilson decided it was too impersonal, according to Gerhard Peters, co-director of the American Presidency Project at the University of California, Santa Barbara. It’s typically been a speech ever since, with the exceptions of Calvin Coolidge and Herbert Hoover. Don’t expect that to change anytime soon: What modern president would give up all that free TV time?
2. Clinton takes top honors — sort of.
Clinton’s reputation for being long-winded is deserved. The Presidency Project tallied up the length of every State of the Union delivered via speech since Lyndon Johnson, and Clinton’s average is tops: 1 hour, 14 minutes, 51 seconds. But lots of presidents have gone on far longer if you go strictly by word count — spoken or written. Clinton’s average word count was 7,426. William Howard Taft, who reported in writing, routinely topped 22,000 words. That’s a whole lot of mission creep from Washington, whose first State of the Union speech was 1,089 words.
3. An annual event: not exactly.
Nowhere is it written that the State of the Union has to be done yearly. That’s just what evolved from the constitutional directive to report “from time to time.” The last four outgoing presidents — Bush, Clinton, Bush and Reagan — all skipped doing one just before leaving office. The five most recent incoming presidents, including Barack Obama, addressed Congress shortly after taking office, but those speeches weren’t technically State of the Union addresses.
4. Somebody gets the night off.
The State of the Union is one of those things that Cabinet members generally are expected to turn out for. But somebody always gets the night off — with extra security. That’s to ensure there’s a designated survivor to run the government if something catastrophic wipes out everybody at the speech. Last year, Energy Secretary Steven Chu got the bye. Clinton Transportation Secretary Federico Pena, who sat things out in 1995, once said it’s best not to think too hard about why you’ve got the night off. “The thought goes through your mind, even for a tenth of a second, and you think, ‘Who knows?’,” Pena said. “But then you say, ‘Don’t be silly. This is just a precaution.’”
5. Ronald Reagan started that whole shout-out thing.
The presidential habit of making a strategic shout-out to someone in the congressional balcony dates to 1982, when Ronald Reagan paid tribute to Lenny Skutnik, the federal worker who dove into the freezing waters of the Potomac River to rescue an Air Florida crash victim. Reagan highlighted Skutnik as an everyday hero. Now, presidents routinely recognize guests in the balcony to underscore all sorts of points. Last year, Obama recognized: the parents of a Chicago girl killed by gunfire, a New York City nurse who cared for newborns during Hurricane Sandy, a 102-year-woman in Florida who waited six hours to vote during the 2012 elections, and a Wisconsin policeman who was the first to respond to a mass shooting at a Sikh temple.