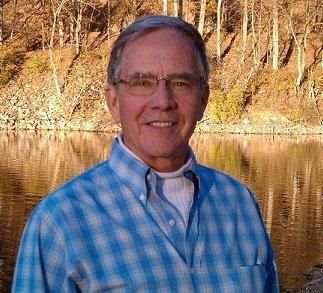 Just about the time the South’s furniture and textile economy collapsed, so did Cleveland Ohio’s.
Cleveland used to supply much of the steel for the Detroit automobile industry. Car and truck sales in the United States have fallen by one third over the past 13 years, and a significant portion of those sold are now made outside of Detroit. Almost half of all Cleveland’s manufacturing jobs vanished. Hundreds of thousands of jobs were lost forever.
After some years of struggle, leadership in Cleveland pioneered a very interesting role model of economic development which may be worth imitating.
A coalition of large not-for-profit institutions began to meet to discuss what they could do collectively to fix things. These original community heavyweights included Case Western Reserve University, Cleveland Clinic, University Hospital and Cleveland Foundation. The board of directors now includes leaders in many of the area’s for-profit companies.

They decided to start local economic development from the ground up. Their goal was to create new for-profit companies that would employ people in the neighborhoods hardest hit by the economic downturn. They named themselves the Evergreen Cooperative.
During planning discussions, they had three major insights. First, they realized their institutions were major consumers. They did the math. Turns out they spent more than $3 billion every year. Billion with a “B.”
Second, the planners concluded that if they coordinated their purchases of some items, they could create and support substantial new local companies. These companies would offer products for which large local demand already existed, and after that create the training specifically needed by the companies.
Lastly, in response to a track record of companies leaving the area, they decided that the companies they would start would be substantially worker owned, and thus anchored to the community.
They focused on significant areas of the economy likely to grow due to changing demographics or market trends. These included health care, the service industries to support an aging population, and the need for reliable food and energy supplies that did not contribute to environmental degradation. They were sensitive to this last issue because the Cuyahoga River which flows through the center of town caught fire many times in past decades due to pollution.
So far, the Evergreen Cooperative has started three successful companies — a commercial laundry, a hydroponics vegetable company and a company that installs energy conservation and solar energy in homes and businesses.
Each of the new companies is a minimum of 80 percent owned by the vested employees. A holding company supervised by the board of directors owns the rest. Employee shareholders actively participate in committees improving day-to-day operations of the three companies.

The hydroponics company occupies 3.25 acres of growing area and has the capacity to produce 3 million heads of lettuce and 300,000 pounds of herbs each year. Production is on track to reach that goal in 2015. As of January 2014, it had a payroll of 26 full time, which will grow to around 40. You can see a wonderful video about that effort at http://evergreencooperatives.com/.
The laundry started in 2009, and is a “LEED silver” energy user. It currently employees 42 full-time people and is handling 6 million pounds of commercial laundry each year from health-care institutions and the hospitality industry.
A fun insight occurred in the evolution of the energy company, now called Evergreen Energy Solutions. It is too cold and harsh during Cleveland’s five-month winter to be safely crawling around roofs putting on solar collectors — but as soon as that cold weather arrives, potential customers wake up to the need to save expensive heating energy. So as cold approaches, the energy company switches its workers off the roof and inside buildings to install energy conservation, including rapidly growing retrofit LED installations in commercial buildings, thus ensuring year-round work. They employ 16 workers and have a significant backlog of work.
Seventeen other cities have efforts under way to duplicate this success.
The lessons that other cities and towns can learn from Cleveland’s Evergreen Cooperative are many. Key is the way leaders in prominent and substantial organizations (elected and private sector) cooperated, created a vision of a sustainable future and changed their collective behavior to invent it.
They realize the future is something that they can shape, not be a victim of.
Dr. Francis Koster lives in Kannapolis. To see the sources of facts in this article, and learn of other successful money and life saving programs that can be implemented locally to create a better future for our country, visit www.TheOptimisticFuturist.org