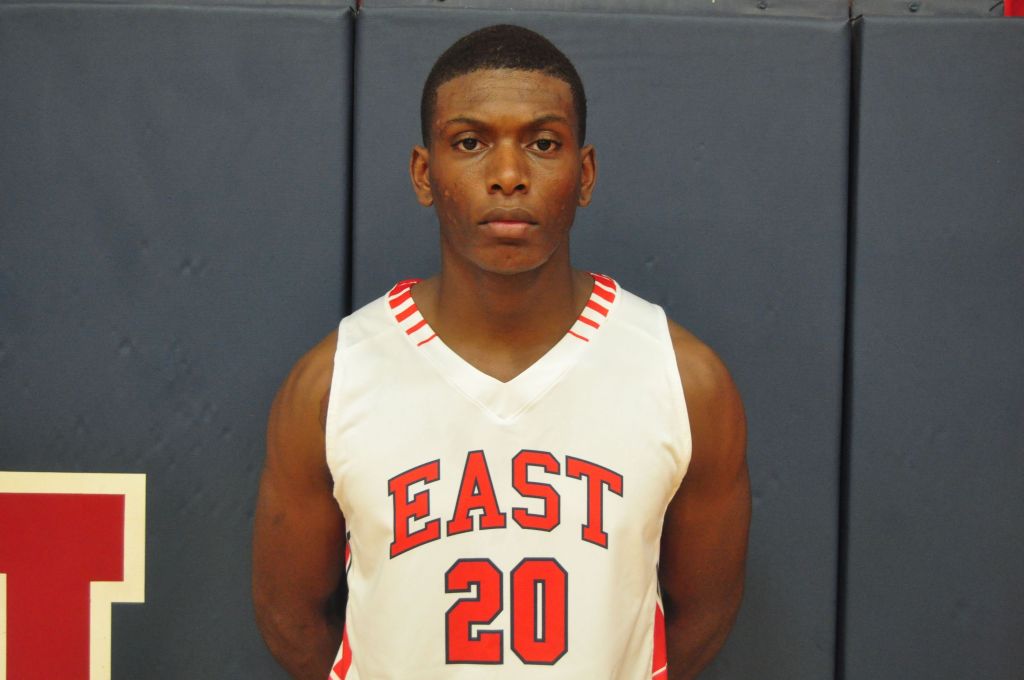 CONCORD — East Rowan coach Trey Ledbetter said Concord’s boys aren’t just winning basketball games, they’re saving their school money.
“They won’t have to replace the rims in here for another 10 years,” Ledbetter quipped. “Those guys swish everything.”
Ledbetter’s plan going into Rimer Gym was to take the air out of the ball, but his script got edited in a hurry.
Concord got 32 points from Connor Burchfield and rolled the Mustangs 90-49 for another SPC win, and it could’ve been even worse. If coach George Walker hadn’t called the dogs off with six minutes left and the Spiders leading 83-40, Concord would’ve topped 100 again.
“We had a big win at North Rowan on Wednesday, and it really was big because we’ve played a tough schedule and North is the best we’ve seen,” Walker said. “What I talked to the guys about tonight was not having a letdown after that good win. Great teams don’t have letdowns, and we didn’t have a letdown. We played extremely well.”
Concord (15-2, 10-0) lost two games to 4A teams and is currently ranked fourth in 3A in the NCPreps.com media poll, but if the Mustangs could vote, they’d put the Spiders No. 1 this week.
“They’re everything and more,” Ledbetter said. “They’re great and they’re getting better. I know everyone plays better at home, but they were awfully impressive tonight. They trapped us everywhere.”
Concord freshman Ty-Shon Alexander had a scholarship offer from the Charlotte 49ers before he played a high school game and is a guy with a big-time future. Ledbetter thought the Mustangs did a decent job on him, but when he looked at his scorebook Alexander had 20 points.
Alexander didn’t take many shots, but he swished four triples, including three in the second quarter when the Spiders blew it wide open. It was 54-23 at halftime.
“He’s just an amazing freshman,” Walker said.
Donte Means and Joshua Moses scored 14 apiece for the Mustangs (3-14, 1-10), who have lost eight straight since they beat West Rowan in December.
It was a career high for Moses, who had never scored in double figures.
Means scored to make it 2-2, but it was 17-4 after four minutes, and Ledbetter’s be-extra-patient gameplan was out the window.
“We really did want to slow it down, “ Moses said. “But they made us play faster and faster. They’re a fast team, and they were hard to keep up with.”
Jack Weisensel was a bright spot for East in the second half.
Burchfield hit four 3s, including two horn-beaters. He scored 90 points against three Rowan foes this week.
Concord muscleman Jerry Burk was foul-plagued and exited early, but Graham Pruette played so well, the Spiders didn’t miss him.
“I agree we’re getting better,” Walker said. “We’re doing the little things right.”