Catawba allows too many chances 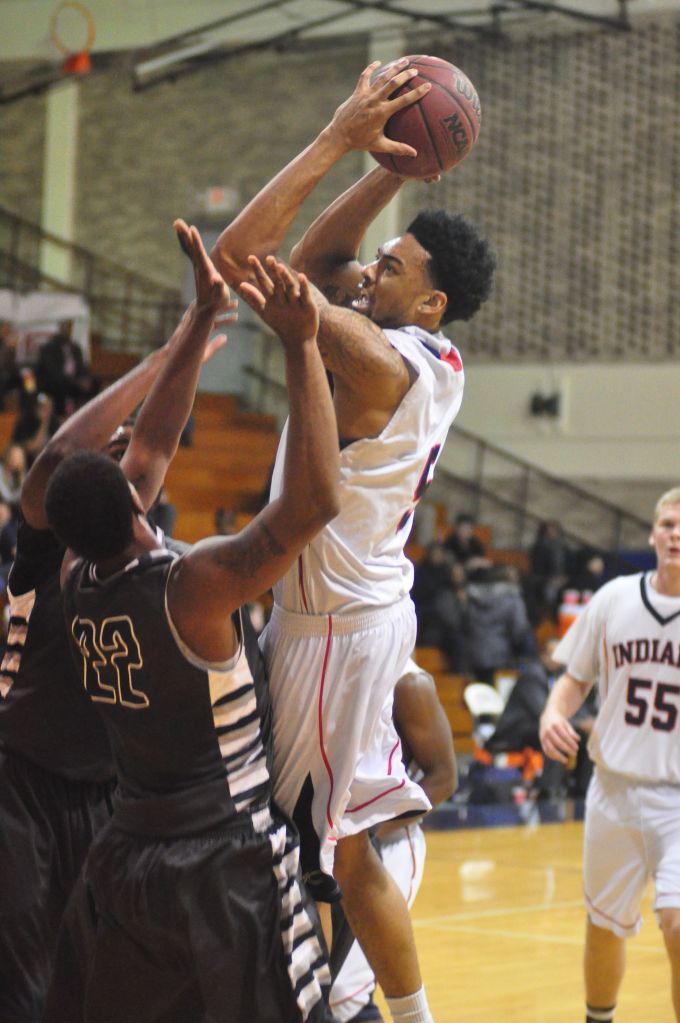 SALISBURY — A rebound caromed long, and Lincoln Memorial forward Curtis McMillion, alone on the left side among three Catawba Indians, was the guy who went up and got a hand on the ball.
McMillion stayed after it, wrestling with multiple Indians on the floor, and when LMU coach Josh Schertz got a timeout, it was the Railsplitters’ ball.
That’s how it went on Saturday at Goodman Gym. SAC-leading Lincoln Memorial put on a work-ethic clinic, wouldn’t take no for an answer, outrebounded Catawba 53-30 and beat the Indians 111-90. The visiting Railsplitters wore gray, but their collars, at least, should’ve been blue.
“Catawba was the tougher, more energetic team in the first half,” Schertz said. “They just outworked us and they won the 50-50 balls. But we challenged our guys at halftime, and in the second half we turned that around. We won the loose-ball battle. We got second, third and fourth chances to score.”
Ranked 10th nationally, Lincoln Memorial (15-1, 11-1) is a team you can’t afford to give second, third and fourth chances. The visitors shot almost 60 percent in the second half and they checked in at 57 percent for the game.
“One-and-done for them, that was our only gameplan,” Catawba coach Jim Baker said. “And then we get drilled in the rebounding. That was the biggest thing today.”
Lefty guard Reggie Perkins led the Indians with 21 points. Kijaun Arrington (16), Elon Edwards (13), Tyrece Little (11) and freshman Andrew Ingram (11) also produced double figures.
McMillion and sensational guard Chance Jones scored 24 each for LMU. Vincent Bailey, one of the toughest big men in Division II, added 20 points.
“Bailey is elite, not just in this area, but in the country,” Schertz said. “There are a lot of big guys and a lot of quick guys, but he’s a combination.”
Catawba (5-7, 5-11) was good in a win against Wingate Wednesday and entered the gym eager for an upset. The band played, a sizeable crowd roared, and when 5-foot-10 point guard Edwards stole the ball and threw down a dunk and followed that gem with a 3-pointer as he was fouled, the Indians were energized.
When Vismantas Marijosius made a straight-on 3-pointer with 5:25 left in the first half, the Indians led 32-29. When Perkins swished a 3-pointer after an offensive board by Marijoius, Catawba led 41-36, but relentless LMU didn’t blink.
Catawba should’ve led at halftime, but Edwards missed two free throws, and Jones put the Railsplitters on top 48-46 with his follow shot at the horn.
“I sat a lot of the first half with two fouls, but I thought at halftime we were where we wanted to be,” Little said. “We hadn’t made our free throws and hadn’t rebounded as well as we wanted to, so we knew we could still play better. We figured we’d come out in the second half and grab momentum.”
Instead, it got away from Catawba in a 90-second span.
The Indians trailed 61-57 with 14:14 remaining. With 12:39 left, it was 70-57. In that heated interval, both Little and Edwards got technicals, while Lorenza Ross was T’d up for LMU.
Little got his third foul on what he was certain was a good block. He got his fourth (the technical) on that same play when he fired a fastball off the wall in his dismay at the call.
“It was just heat-of-battle stuff there,” Schertz said. “It’s an emotional, physical game. It happened. Then both teams did a good job moving on from it.”
With Catawba still down 13 with 3:50 left, Nick Houston had a look at a 3-pointer to get the Indians within 10, but his shot missed, and Jones got a three-point play in transition to make it 93-77.
And that was that.
“We did some good things,” Baker said. “Assists, turnovers (Catawba only had eight) and blocks — we had the edge in all those stats. But we missed 15 free throws (25-for-40) and we got killed on the boards.”
Schertz had praise for Catawba.
“They way they played against Wingate and the way they played most of the game today, I’d expect them to move up in the standings the rest of the way,” he said. “When they’re turned up, they’re as good offensively as anyone in our league. We’re pretty good defensively, and they hung 90 on us.”
Ninety wasn’t nearly enough.
“Lincoln Memorial played great basketball,” Little said. “They executed their offense every time we made a mistake.”