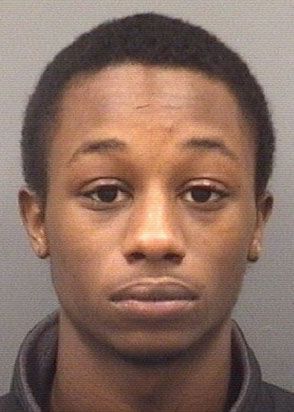 No bond reduction for two accused in Kauffman case

A judge ruled this morning that bonds will not be reduced for two of the men charged in the shooting death of Marcus Kauffman.
Tramel Devon Hart, 18, and Michael Dwayne Teasley, 25, are charged with accessory after the fact of first-degree murder. Hart and Teasley remain the Rowan County jail, each under $1 million bond.
Kauffman, 25, was shot after he interrupted a break-in at his Chenault Road home in western Rowan County on Dec 2. He and his wife, Maryann, arrived home Dec. 2 to see two men there whose vehicle appeared to be broken down. Kauffman took his wife to a neighbor’s house and returned.
Kauffman approached the men and asked if they needed help. He was shot in the back of the head by one of the men while inside his car.
He died in the hospital on Dec. 20.
After Kauffman’s death, investigators upgraded the charges against Khari Dewayne McClelland, 23, of Harmony, and Jaylend Daquann Turner, 19, of Statesville, who now both face first-degree murder. Both remain in the Rowan County Detention Center without bond.
Assistant District Attorney Barrett Poppler told the court when Kauffman arrived at this home Turner was leaving the Chenault Road home with the Kauffmans’ property. Kauffman, from inside his car, asked why the men were taking his belongings.
Marcus Kauffman called 911 to tell them his house was being broken into and officials have said the call ended abruptly.
“The last thing you hear Marcus Kauffman say is ‘they’re shooting,’” Poppler said.
He said Kauffman never got out of his car, but was driving away when he was shot at by McClelland. Poppler said McClelland fired five shots, one of which struck Kauffman in the back of the head. Kauffman’s car went off the shoulder of the road and traveled about 100 yards and struck a tree at the end of a corn field.
The assistant district attorney said the .45-caliber handgun used to shoot Kauffman was stolen from Kauffman’s home.
Turner and McClelland took a laptop computer, the handgun, a desktop computer, Xbox game console.
Poppler said the vehicle the men were in was not broken down, but rather it was positioned to appear as if the two were having car trouble.
Charlotte attorney Marshall Swann, who made a limited appearance on behalf of Teasley, asked the judge to set the bond closer to $20,000 to $25,000. He said his client was the provider for his two young children and had he not been charged he would’ve likely been placed on full-time status at his job.
Landis attorney Rick Locklear, who was appointed to represent Hart, also asked for a bond closer to $20,000 to $25,000, which he said falls within the guidelines for such an offense as accessory after the fact.
He said his client is anxious to get out of jail. When he first met his brother after the shooting had happened, he claims he was unaware his brother, Khari McClelland, may have been involved in the robbery and shooting. His brother asked him to pick him up, which he’d done many times before, and he only really realized the seriousness of his charges during his first court appearance.
Members of Kauffman’s family — including his parents, David and Linda, as were his sisters and church members — were in the courtroom. Kauffman’s wife, Maryann, did not attend the court proceedings. The family declined to comment.
Members of Michael Teasley’s family, including his mother and sister, were also in court. They declined to comment.
See more in Saturday’s Post.