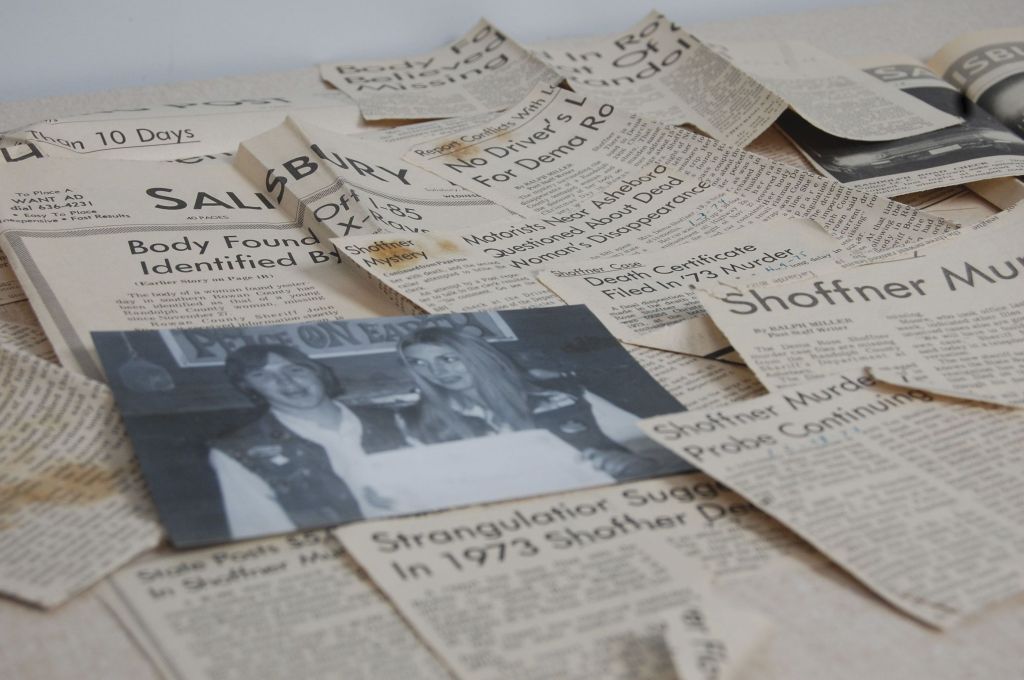 Ruby Wilson has been wishing someone would give her the answers she’s longed for since the death of her daughter, Dema Rose Wilson Shoffner, 40 years ago.
Now, Rowan County Sheriff’s Lt. Chad Moose, head of the agency’s Criminal Investigations Division, is hoping he can grant her wish.
In 2012, the sheriff’s office began re-examining cases that date to the late 1970s, and the Shoffner murder is likely the oldest.
The 19-year-old’s body was found by three hunters in a wooded area just off Interstate 85 north of the Lane Street overpass in Kannapolis. Shoffner was wearing a blouse and skirt, but her underwear and shoes were missing.
Investigators at the time said Shoffner was strangled somewhere else before being dumped. Her body was identified through dental X-rays.
“I have held out hope that someone would continue this all these years,” Wilson said.
Moose said until the case was brought to his attention by a family member, he had not been familiar with it.
He’s now going back through the case file and working to locate all of the people involved in the investigation and will interview them again. He knows some witnesses may have died and even the suspect could be dead now, but he wants to make sure he does everything he can to bring the case to a close.
Shoffner worked in the advertising department at the Greensboro Daily News. She’d been married just 14 months to Tim Shoffner.
The couple married at a motorcycle shop, Wilson said.
Tim Shoffner died in October 2007.
Wilson said she has her own suspicions about who killed her daughter, but she would like to know from law enforcement something definitive.
“It’s just as fresh in my mind as the day it happened. When it’s your daughter, you don’t forget,” Wilson said.
She believes a motorcycle jacket found in the car with Dema was planted there to make it look like a rival motorcycle gang killed her.
Shoffner was reported missing Thanksgiving Day, her mother said, and was found on Christmas Day.
Shoffner had left her mother’s home around 9 p.m. and two hours later, her red 1972 Pinto was found by a passing trucker up an embankment near U.S. 220, just three miles from her home.
The Pinto was on a stretch of the then newly built U.S. 220 bypass near Level Cross in Randolph County.
Shoffner had been Christmas shopping with her sister in Greensboro.
The two went back to Shoffner’s mother’s house in Greensboro. Shoffner sat and talked with her mother a bit and ate some potato salad Wilson had made. Shoffner called her husband around 7:30 p.m to tell him she’d be heading home soon.
The abandoned car contained her purse with a small amount of money inside and a wrapped Christmas gift for her husband. A motorcycle lettered jacket that belonged to her husband, Tim, was also in the car.
According to articles written at the time, the jacket had the words “Chessman Motorcycle Club of Asheboro” and “property of Tim.”
Investigators at the time found oak leaves matted in Shoffner’s hair, but they noted no oak trees were near where her body was found.
Shoffner’s keys were in the ignition and the driver’s side door was open.
Initially, investigators believed Shoffner had been dead for at least 10 days when she was found and that her disappearance was connected to a motorcycle gang.
Moose said he’s spoken with some area motorcycle clubs and no one has heard of the Chessman club. Officials later put Shoffner’s time of death at least two to four weeks before her body was found.
In 1974, investigators got a break in the case and received information from a convenience store clerk who said she saw a woman believed to be Shoffner and two men, one of whom was said to be her husband, five days before Shoffner’s body was found.
Shoffner, who was wearing Tim’s motorcycle jacket, was held firmly by one of the men in the store. The men went to the counter to buy a six-pack of beer. Shoffner used her license to purchase the beer. The clerk said the license read “Dema Shoffner.” Later accounts, written at the time, say no license existed in the name of Dema Rose Shoffner, but rather Dema Rose Wilson, contradicting what the clerk said she had seen.
Rowan County Sheriff Kevin Auten wasn’t working at the sheriff’s office at the time of the murder, starting there in 1987. Moose, who was just 2 years old when the murder happened, is looking at the case with fresh eyes.
Moose said finding a case file was difficult, so he contacted the Randolph County Sheriff’s Office, which had some information. He’s also contacted the State Bureau of Investigation, which also had a file. Auten said they’ve also reached out to a retired Randolph County sheriff.
Randolph Sheriff Lloyd Brown spoke with the Post for a 1973 article about the murder.
Auten said his department has also reached out to Maj. Brian Grubb of the Davidson County Sheriff’s Office. He was a high school student working for C and M Ambulance Service at the time of Shoffner’s murder. Grubb helped recover her body.
It is not clear what Grubb may be able to add, but Auten said it often helps to talk with someone who was there at the scene.
Moose is also working with a Randolph County Sheriff’s captain on the case.
Anyone with information regarding this case is asked to contact the Rowan County Sheriff’s Office at 704-216-8700 or Crime Stoppers at 1-866-639-5245.