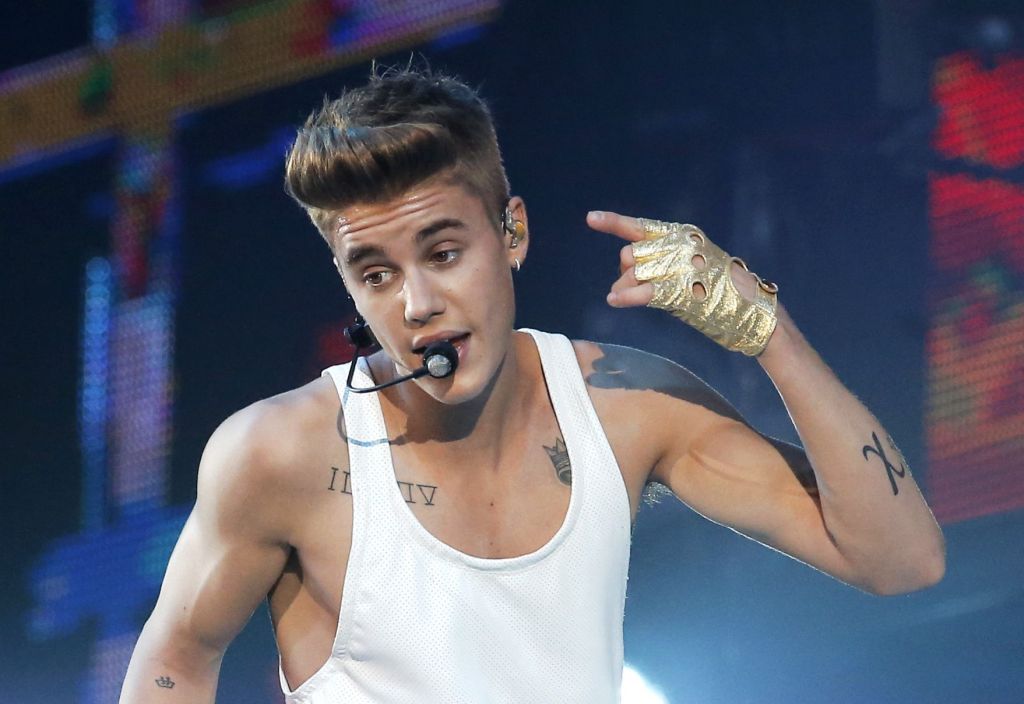 MIAMI BEACH, Fla. (AP) — On the heels of controversy over a vandalism case, pop star Justin Bieber has been arrested after police say he drag-raced on a Miami Beach street in a yellow Lamborghini and failed a sobriety test early Thursday.

Miami Beach police confirmed the arrests of 19-year-old singer and an R&B singer known as Khalil in tweets from the department’s official account.

Bieber failed a field sobriety test and was taken to the Miami Beach police station for a Breathalyzer and processing, Hernandez said.

Bieber and Khalil both face charges of drag-racing and driving under the influence.

Bieber will be transported to the Miami-Dade County jail, Hernandez said.

An email seeking comment from his publicist Melissa Victor was not immediately returned.

Bieber stopped for a late-night meal at the Waffle House in Salisbury about a year ago, following a photo shoot at the North Carolina Transportation Museum.

The street where police say Bieber was racing is a palm-tree-lined residential area in mid-Miami Beach. Along one side of the street are small apartment buildings, and on the other side are a high school, a youth center, a golf course and a city firehouse.

Under Florida law, people under the age of 21 are considered driving under the influence if they have a blood-alcohol content of .02 percent or more – a level he could reach with one drink. For 21 and over, it is .08 percent.

For a first DUI offense, there is no minimum sentence and a maximum of six months, a fine of $250 to $500, and 50 hours of community service. For anyone under 21, there is an automatic six-month license suspension.

First offense of a drag-racing offense nets a sentence of up to six months, a fine of $500 to $1,000, and a one-year license suspension.

Earlier this month, officials said that detectives in California searched Bieber’s home looking for surveillance footage that might serve as evidence the pop star was involved in an egg-tossing vandalism case that caused thousands of dollars in damage to a neighbor’s home. Officials said Bieber was at the home and cooperated with authorities

In that case, authorities arrested one member of Bieber’s entourage on suspicion of drug possession: Lil Za, a rapper whose real name is Xavier Smith.

After being taken to jail, Smith had felony vandalism added to his potential charges and was released on bail at about 8:15 p.m.

The singer lives in a gated community in Calabasas, a celebrity enclave about 30 miles northwest of downtown Los Angeles.

Previous investigations into Bieber’s conduct by the sheriff’s department have not resulted in charges.

Justin Bieber was only 15 when his platinum-selling debut “My World” was released. The singer from Ontario had placed second in a local singing contest two years earlier and began posting performances on YouTube, according to his official website. The videos caught the attention of a talent agent who helped Bieber land an audition with R&B singer Usher. Usher, along with Island/Def Jam chairman L.A. Reid, signed him to a recording contract.