Hold the applause for Congress 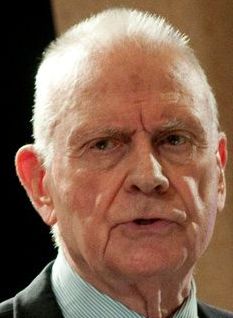 Now that Congress has its immense, $1.1 trillion bipartisan funding bill in hand, the media has been commending Congress for finally doing its job. This praise works only in the context of recent history, however. The bill that congressional leaders produced is hardly a triumph. Instead, it’s another example of Congress’s stubborn determination to deal itself out of the budgeting process.
In recent years, Congress has funded the federal government in one of two ways. Either it’s passed a “continuing resolution,” which is a stopgap measure to keep the government functioning with the same funding it had previously, or it’s passed huge omnibus bills like the one it just enacted. This most recent bill runs more than 1,500 pages.
Before this current budgeting era, Congress used procedures that put the ideals of representative democracy into practice. It divided its responsibilities into policy development, which was in the hands of its various “authorizing” committees; and establishing funding levels, which was done by the appropriations committees in the House and Senate. They held hearings, debated furiously, accepted and rejected scores — if not hundreds — of amendments, and ultimately produced a series of bills for Congress to consider.
The process didn’t work perfectly. It produced hiccups and grandstanding, and required a lot of negotiation and compromise. But it also spread the work of Congress among expert members, employed the capabilities of dedicated and knowledgeable legislators who knew the various departments and agencies of the federal government intimately, and provided for deliberation, open debate, accountability, and a reasonably democratic outcome.
No more. Continuing resolutions and omnibus bills lift responsibility from most members’ hands. They produce decisions, but not in an open, democratic process. They’re basically developed in secret by a handful of leaders and their allies and staff; allow very few, if any, amendments; sharply limit debate time; severely restrict members’ ability to study thousands of provisions; and require an up or down vote.
Most troubling, they’re larded with policy decisions that in the old days would have been debated by the authorizing committees.
Of course, plenty of people in Washington like this. Congressional leaders have more power than if they had to defer to the judgment of the authorizing and appropriations committees. The White House likes it because it involves fewer people, making life simpler.
Moreover, with omnibus bills, the truly difficult but crucial work that Congress needs to be doing doesn’t get done. It isn’t scrutinizing the budget of each department to look for programs and line-items that have outlived their usefulness. It can’t examine and analyze difficult policy questions carefully. It isn’t even bothering to look beyond discretionary spending to consider reforms to Social Security, Medicare and Medicaid, which is where most federal spending goes.
Congress no longer seems to know how to run a budget process. Most of its members have never experienced the traditional method. They just know how to hold their noses and vote up or down.
Lee Hamilton is director of the Center on Congress at Indiana University. He was a member of the U.S. House of Representatives for 34 years.