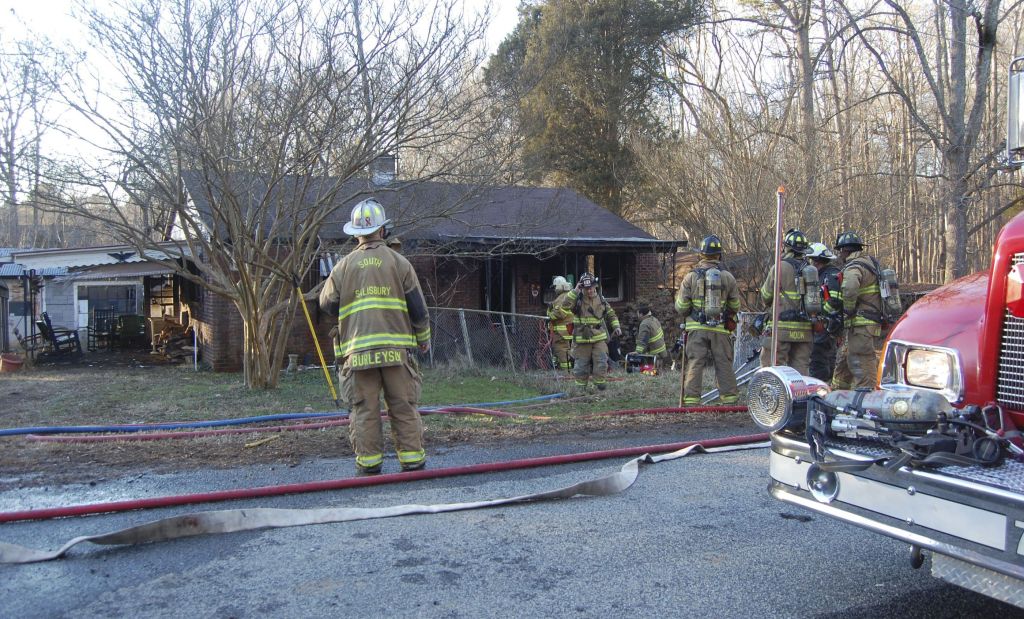 Marshall Culp grew up in his family’s 1950s era home at 512 Correll Loop and on Wednesday, he watched from a neighbor’s home as firefighters worked to put out a fire there.
Culp and his wife, Christine, stood in the 30-degree weather while multiple fire departments responded. The home is located just off Ted Lane.
Christine spoke about the loss, saying it was difficult for her husband, who had moved to the home with his parents when he was 7. He is now in his mid-60s.
The couple was renovating the home so their son, Mark, could move into it.
The fire began around 3:30 p.m. Wednesday after Christine said her husband made a fire in the wood stove. Marshall started the fire so the pipes in the house wouldn’t freeze, she said.
He stepped out to check the pump house and when he returned, he saw a house full of smoke. He also saw what he believed to be fire in the living room. Marshall called 911 and then called his wife.
Christine said their son had just painted inside the house and they’d gone through a few things that once belonged to Marshall’s mother that would’ve been used in the house.
Firefighters had to tear into the wood along the roof line to ensure there was no fire. Firefighters also had to spray water from inside the home near the roof line.
Firefighters with South Salisbury, Landis, Faith, Bostian Heights and Locke fire departments responded. The Rowan County Rescue Squad was also on the scene. Investigators with the Rowan County Fire Marshal’s Office were also at the home.
Contact reporter Shavonne Potts at 704-797-4253.