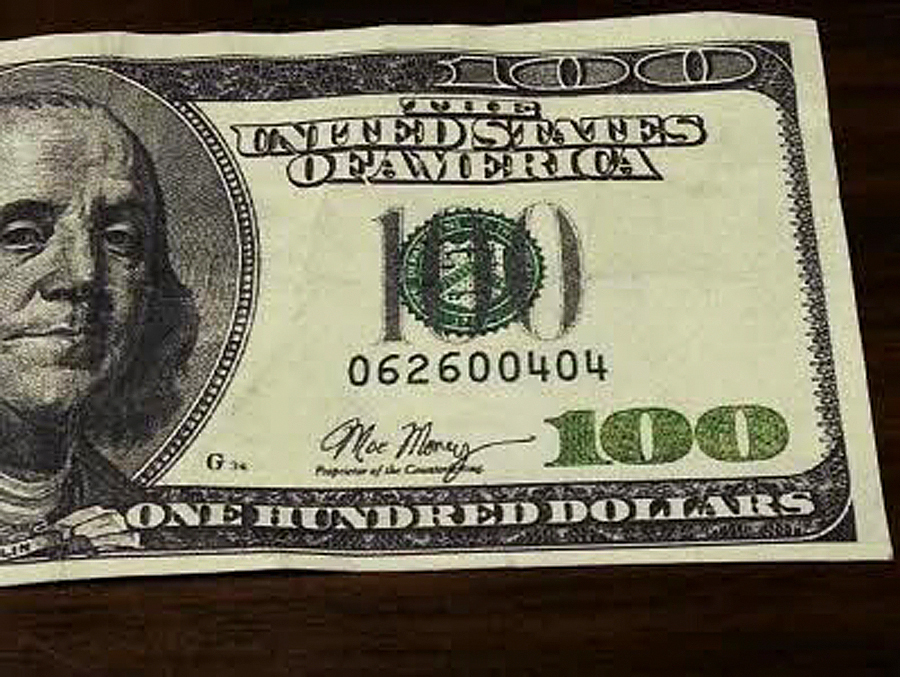 RALEIGH (AP) — A North Carolina university student faces charges of possessing almost $13,000 in fake money in her room after she tried to use a counterfeit $100 bill signed “Moe Money,” investigators say.
Symone Vannessa Brown, 19, faces felony charges that include obtaining property under false pretense, uttering a forged security and possession of counterfeiting tools. Those are the state equivalent of counterfeiting charges, University of North Carolina Greensboro police Chief James Herring said.
Campus police responded to a call Tuesday from a drugstore where someone tried use to a counterfeit $100 bill to buy a gift card, Herring said. The signature on the bottom corner of the bill read “Moe Money” instead of the name of the secretary of the treasury. Underneath the signature, the bill read “Proprietor of the Counterfeiting.”
The store recognized that the bill was counterfeit and called police, Herring said. Brown was arrested when she returned to the store to try to retrieve the bill, he said.
Police then found $12,882 in fake money, mostly $100 bills, in her room, Herring said. While some were better than others, none would have passed the test that stores perform to confirm a bill’s authenticity, he said. For example, the backs of some were mirror images, reading 001 instead 100 for $100 bills.
It was not clear Thursday whether Brown, whose hometown is Charlotte, had an attorney. There was no answer at the phone number listed for Brown in the student directory, although police did seize a cellphone from her. Also seized were a desk jet printer, an ink cartridge, a Wells Fargo platinum card and a Bank of America debit card, along with notebooks.
The Associated Press also sent an email to her student account.
The U.S. Secret Service has joined the investigation. The U.S. Attorney’s Office hasn’t said if it wants to file federal charges, Herring said.