Boy killed in fire hailed as hero for saving 6 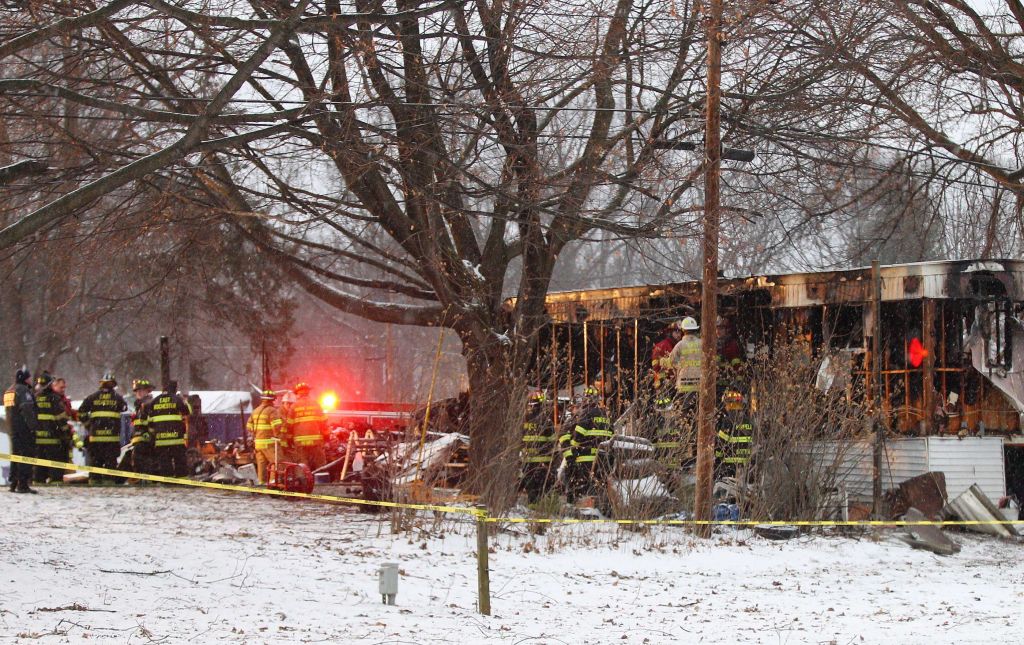 PENFIELD, N.Y. (AP) — An 8-year-old boy who died while trying to rescue his disabled grandfather from a burning mobile home had saved the lives of six relatives after being awoken by a burning blanket, authorities said.
Tyler Doohan was being called a hero by firefighters on Wednesday, two days after the early morning fire tore through the grandfather’s home in a trailer park in Penfield, killing the boy, his grandfather and his uncle. Six other relatives — four adults and children ages 4 and 6 — were rescued because of Tyler’s actions, officials said.
“He saved six people. They all would have died if he hadn’t woken up,” said Chris Ebmeyer, chief of the volunteer fire company in Penfield, a suburban town of 36,000 residents.
The fire chief said nine people were staying at the 14-foot-by-60-foot trailer when the fire started around 4:45 a.m. Monday. Tyler, spending the night at his grandfather’s place because school was off for Martin Luther King Jr. Day, was awakened when the blanket covering his sleeping 4-year-old cousin caught fire, Ebmeyer said.
Tyler woke up six of his relatives, and they all made it outside. He then ran back to the room where his 57-year-old grandfather, Lewis Beach, was sleeping. Beach used a wheelchair and crutches after having a leg amputated because of health problems, the fire chief said.
Firefighters found Tyler’s body a few feet from Beach’s, Ebmeyer said. The body of Tyler’s 54-year-old uncle, Steven Smith, was found in another part of the trailer, which didn’t appear to have a working smoke detector, he said.
A Monroe County sheriff’s deputy and a firefighter arrived at the scene within a minute of the dispatch call, but the trailer was already engulfed in flames and smoke, Ebmeyer said.
The first fire crew to arrive tried to enter the trailer but was driven back, he said.
The cause of the blaze appears to have been electrical in origin, but the inquiry was continuing as investigators interviewed the injured relatives, Ebmeyer said.
Ebmeyer said he was still waiting to hear from Tyler’s mother, Crystal Vrooman, of neighboring East Rochester, regarding plans for her son’s funeral.
An online fundraising campaign set up on YouCaring.com has raised more than $30,000 for Tyler’s funeral.
All six survivors of the fire, including Tyler’s 65-year-old grandmother, suffered minor injuries, officials said.