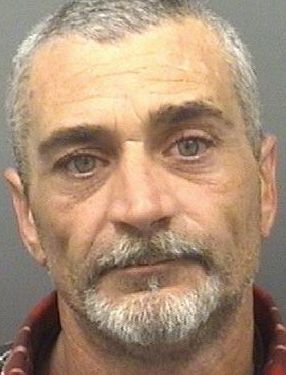 Authorities say a Salisbury man who met a local woman online stole her vehicle and was spotted driving it by a bailbondsman.

Larry Alvin Cranfield, 43, of the 100 block of Elyse Avenue, is charged with felony larceny of a motor vehicle.

The vehicle, a GMC Yukon, was stolen from the owner Monday and was found with Cranfield driving it on Tuesday, a Rowan County Sheriff’s Office report said.

The victim said she met Cranfield on Facebook, and they’d been talking for a few weeks. She told investigators she didn’t have a license and asked Cranfield to drive her to Love Valley. The two arrived back at her Salisbury home on Sunday.

When she awoke the next morning, Cranfield and her vehicle were gone. She made contact with Cranfield who told her he’d return her vehicle within 30 minutes, but he ever showed, a report said.

Salisbury Police officers received a call on Tuesday that a bailbondsman with Bradshaw’s Bail Bonding was traveling behind a vehicle that had been reported stolen. The bondsman was near East Kerr Street when he spotted the vehicle. Salisbury police began pursuing the vehicle near Martin Luther King Jr. Avenue. When the vehicle finally stopped, Cranfield was behind the wheel.

Two other people were inside the vehicle. One man was released while the other, John Whitney, was held when officers discovered outstanding warrants for him.

Cranfield remained in the Rowan County Detention Center on Wednesday under $10,000 secured bond.

He has previously been convicted of misdemeanor driving while license revoked in 1990 and 1993, as well as felony breaking and entering, misdemeanor larceny, larceny, simple assault, drug possession, habitual felon and receiving a stolen vehicle.

John Maurice Whitney, 30, of the 700 block of Heiligtown Road, was charged with misdemeanor failure to appear/comply. He was issued a $695 secured bond and remains in the Rowan County jail. Whitney has a pending case from 2011 regarding a misdemeanor charge for leash law violation. He is expected in court in February.