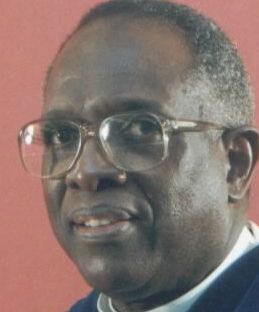 The Salisbury Lions Club named Dr. Albert Aymer its Man of the Year recently at the organization’s 72nd Annual Man/Woman and Lion of the Year Banquet held at the Country Club of Salisbury.
“As president of Hood Theological Seminary, Dr. Aymer’s vision and commitment to excellence enabled Hood to have unprecedented growth,” a Lions Club news release said.
Hood has become one of the fastest-growing and most racially diverse seminaries in the U.S. and Canada, the news release said. Its students represent 16 denominations. It currently produces more Methodist ministers in the Western District Conference of the United Methodist Church than Duke Divinity School and is a leading seminary for the AME Zion Church.
Aymer has been presented the key to the city by Salisbury; selected newsmaker of the year in 2005; received the Elizabeth Duncan Koontz Humanitarian Award in 2013; and received the Order of the Long Leaf Pine, the highest civilian honor in North Carolina.
Also at the banquet, the Bill Reissner was named Lion of the Year. A member since 2005, Reissner is a past president of the Lions Club and helps with all of its fundraising activities, the news release said.
Reissner worked for Montgomery-Ward and was sent to Salisbury. He retired from McDuff Appliance in Jacksonville, Fla., and moved back to Salisbury. He is active with organizations including the Men’s Breakfast Club at Rufty-Holmes Senior Center and Rowan Helping Ministries. He is a member of St. Paul’s Lutheran Church and has served on various committees.
The club honored members with over 50 years of service. They are John Fisher, 65 years; Bob Morgan, 58 years; Bob Loeblein, 56 years; John Rink, 55 years; Greer Goodman, 54 years; and Jack Kepley, 52 years.
The Lions Club also recognized winners of the Peace Poster Contest from Sacred Heart Catholic School. They are Rachel Harrison, first place; Emilee Hibschman, second place; and Jimmy Sentilles, third place.
The guest speaker for the banquet was Brien Lewis, president of Catawba College. Since coming to Rowan County in 2012, he has joined the boards of the United Way, Crosby Scholars, and the UNC Nutrition Research Institute. He spoke on the “vision” of Catawba and its involvement in the community.
The Salisbury Lions Club has a long history of community involvement including donation of eyeglasses and exams to the needy, recycling of eyeglasses, helping to host the annual Visually Impaired Persons Christmas Party, sponsoring a Peace Poster Contest at Sacred Heart School, and hosting the Mobile Screening Unit at area schools to screen students for visual issues.
The Salisbury Lions Club meets every Wednesday at 12:30 p.m. at Ryan’s on Jake Alexander Boulevard.