School board votes to ask mediator to declare impasse 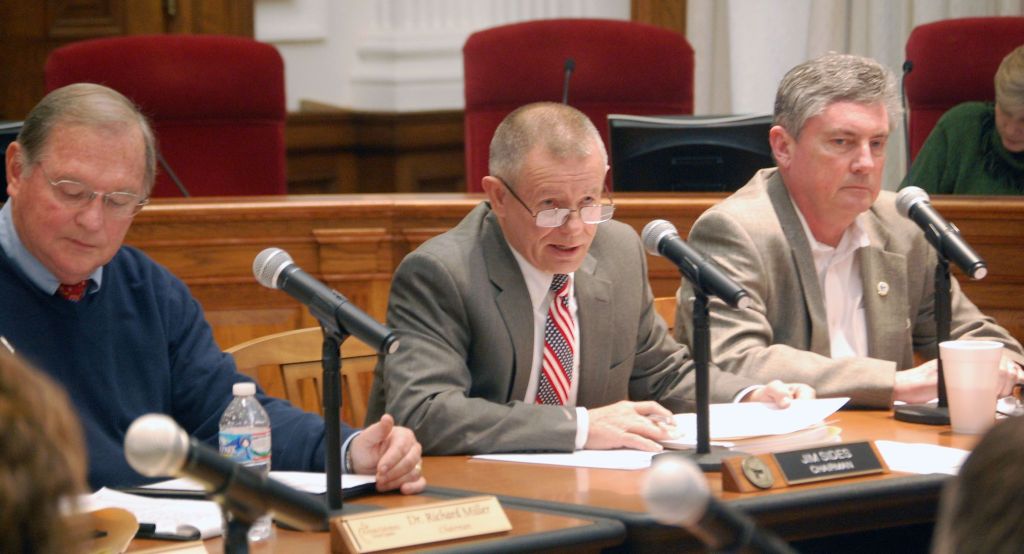 The Rowan-Salisbury School System’s Board of Education is one step closer to filing a lawsuit against county commissioners.

The board voted Tuesday to ask Judge Willis Whichard to declare an impasse between the board and commissioners. Whichard, a lawyer who has served both as an appellate judge and as a state legislator, serves at the mediator between the two groups.

If the impasse is granted the school board will have a five-day window to file suit.

“We believe we have exhausted our opportunities for dialogue and reaching agreement,” said Dr. Richard Miller, chairman of the Board of Education.

The decision came after a joint meeting between commissioners and the board Tuesday morning, in which commissioners voted to finance $28.5 million for capital improvements to Rowan-Salisbury Schools. Video of Tuesday’s meeting is available on the county’s website.

Miller said, “There was clear agreement at the table this morning that there was a $40 million need and to do anything less would be to do a disservice to the children of Rowan-Salisbury.”

But with only a portion of those funds approved, the school board decided to take steps toward legal action.

The commissioners’ proposal would create a legally binding memorandum of agreement providing $6.5 million immediately for a central office, then $22.5 million more in Jan. 2015.

The agreement would also come with the acknowledgement that an additional $11.5 million is necessary to complete the school system’s top three capital needs: a central office, repairs to Knox Middle School and a consolidated elementary in western Rowan County.

“I want everyone to be clear — it’s not a blank check for $28.5 million,” said Commissioner Chad Mitchell, who made the proposal.

County commissioners would commit to provide the additional $11.5 million when the money became available without raising taxes.

In addition, a capital improvement committee comprised of school board members and commissioners would be formed to direct future capital projects and their funding.

“The only issue I have is if tax increases are going to have to happen to make this work,” Commissioner Mike Caskey said.

Commissioners said they wanted to see the Board of Education prioritize and stagger the capital projects.

“I don’t know that with y’all’s track history if y’all can handle three projects at a time,” Vice Chairman of the Board of Commissioners Craig Pierce said.

The first project would be the central office because the project is nearly ready to begin.

Mitchell proposed tackling the renovations to Knox second and using the leftover funding to acquire property and plan for the consolidated elementary school “based on the immediacy of their ability to be completed.”

The motion passed 4-1, with Commissioner Jon Barber voting no. Barber favored committing to the full $40 million, citing that with other projects, such as the mall, property taxes would undoubtedly increase.

“I believe and it is my opinion that our voters would rather see if a tax increase is necessary, that it go toward the capital needs of the schools versus renovations and upfitting of the mall,” he said

According to county leaders, the additional $11.5 million would probably be available around 2019, when current school bonds would be paid off, making some extra revenue available.

The school system currently owns 20 sites that are 50 years or older, and more capital needs will surface as these buildings continue to age.

After commissioners adjourned, the board returned to the school system’s Ellis street offices to continue the discussion from the joint meeting and entered into a closed session to consult with their attorney.

When the board came out of closed session, Josh Wagoner moved to accept the commissioners’ proposal from the joint meeting earlier Tuesday. The motion failed 2-5. Chuck Hughes joined Wagoner in voting yes, while the rest of the board voted no.

Vice Chair Kay Wright Norman then moved to instruct their attorney to ask Judge Whichard to declare an impasse. The motion passed 5-2, with Wagoner and Hughes dissenting.

“Are we at a better place than we were six months ago? We were coming closer, but time is running out because students have needs that we can’t continue to put off,” Norman said.

Pierce told the Post in a phone interview that mediation talks were “a waste of time and taxpayers’ money.”

“Our stance was simply, ‘We’ll give you everything we can as fast as we can, as long as we don’t have to raise taxes.’”

He added, “I don’t think they ever intended to negotiate between the commissioners to start with.”

Pierce said county commissioners have no more say in what happens.

“The school board will go ahead and sue every citizen of Rowan County,” he said, pointing out that commmissioners would more than likely have to raise property taxes to cover whatever the jury decided they should pay.