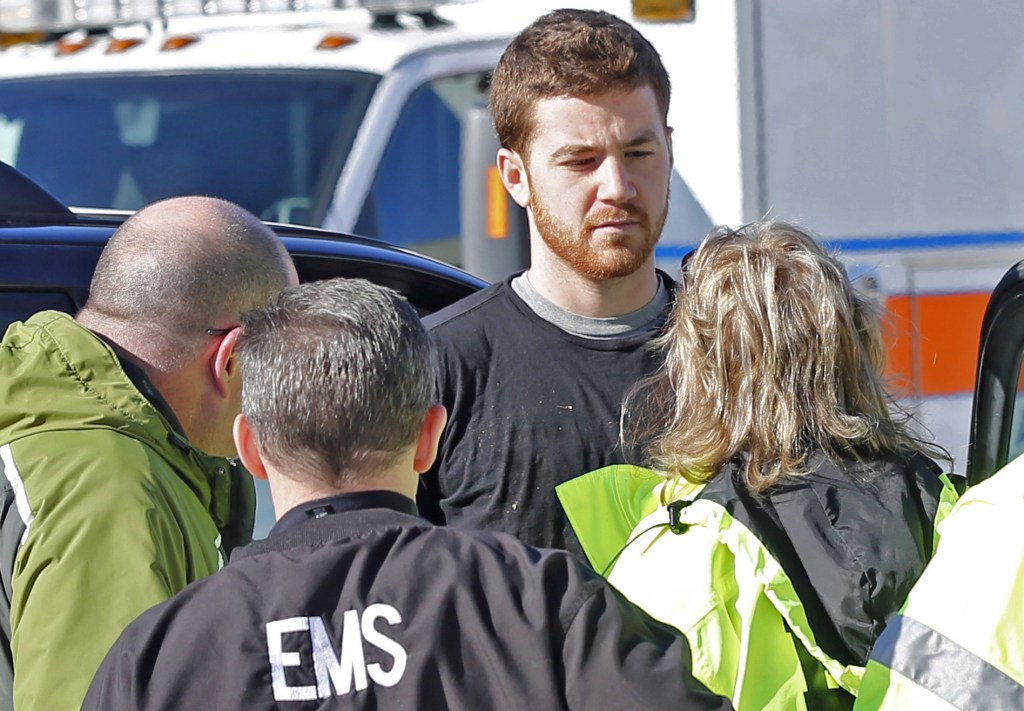 WEST LAFAYETTE, Ind. (AP) — Classes at Purdue University were interrupted by the sounds of gunfire, fire alarms and screams when a student entered a basement classroom and fatally shot a fellow senior engineering student whom a former teacher described as “phenomenal.”
Police said they haven’t determined why Cody Cousins, 23, shot Andrew Boldt, a 21-year-old teaching assistant from West Bend, Wis., inside the school’s Electrical Engineering Building about noon Tuesday.
Purdue Police Chief John Cox said witnesses believed the shooting was “an intentional act” but said there was no immediate indication that Cousins and Boldt had past troubles.
No one else was injured, and Cousins is being held at the Tippecanoe County Jail on a preliminary charge of murder.
The shooting at the school about 60 miles northwest of Indianapolis prompted Purdue President Mitch Daniels to cut short a weeklong university trip to Colombia and cancel classes Tuesday and Wednesday.
“Violent crime, whenever and wherever it occurs, shocks our conscience and incites our rage. When it happens in our home, to a family member — and as a Boilermaker Andrew Boldt was family to us — those emotions are more powerful still,” Daniels said in a statement read Tuesday night at a campus vigil, which was attended by hundreds.
University officials praised the police response, but the shooting left many students jittery.
“I heard a couple (shots) and then I heard a man scream,” said sophomore Nick Wieland, who told the Journal & Courier that he was in a classroom adjacent to the one where the shooting occurred. “Then the last few kind of trailed off as I got under my desk. (I was) just very scared. That’s what I felt the entire time.”
Cousins surrendered to a police officer outside the building after firing four or five shots, Cox said.
Former teachers described Boldt, an Eagle Scout, as someone who loved robotics and computers and was always willing to help others with technology issues. He spent two summers interning for John Deere in Silvis, Ill., according to his LinkedIn profile.
Jean Morrell, Boldt’s calculus teacher at Milwaukee’s Marquette University High School, recalled how he frequently stayed after class to talk to her about math concepts, robotics and his dreams of attending Purdue, Morrell’s alma mater.
“Andrew Boldt was a young man who had the potential to make the world a better place. He was a phenomenal young man,” Morrell said, her voice cracking. “He had a great mind but he also had a great heart. I’m just sad he won’t get an opportunity to realize his dreams, to make his contribution to the world.”
The Rev. Warren Sazama, the president of Boldt’s high school, said Boldt’s family was in shock.
“The mother said, ‘You don’t expect to get up in the morning and expect your son to be one in a million for a tragedy like this to happen,”’ he said.
Little is known about Cousins, who Cox said has addresses in Warsaw, Ind., and Centerville, Ohio. Efforts to reach relatives weren’t immediately successful.