Firefighters respond to smoke odor at St. Luke’s; nothing found 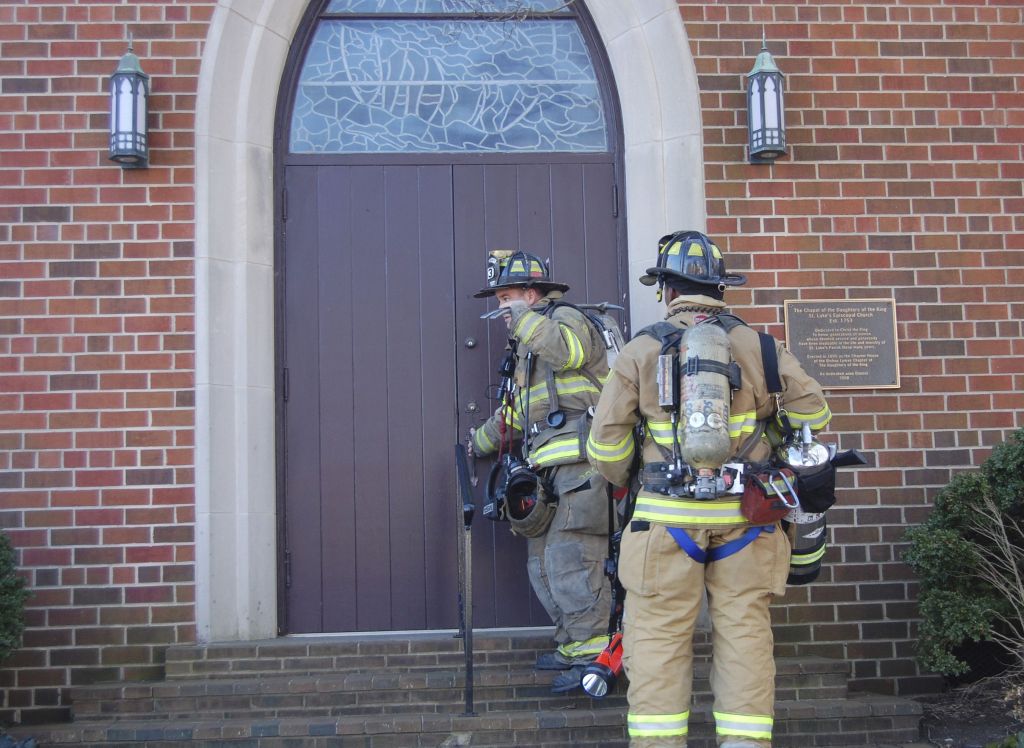 Salisbury fire officials lined the block around St. Luke’s Episcopal Church this morning after staff called to say they smelled an odor of smoke. Officials at the scene said no smoke was found at the church or the adjoining daycare. Firefighters went inside the daycare to check the building. The children and staff were evacuated and waited inside the church sanctuary during the search of the building.
Salisbury Fire Department responded.