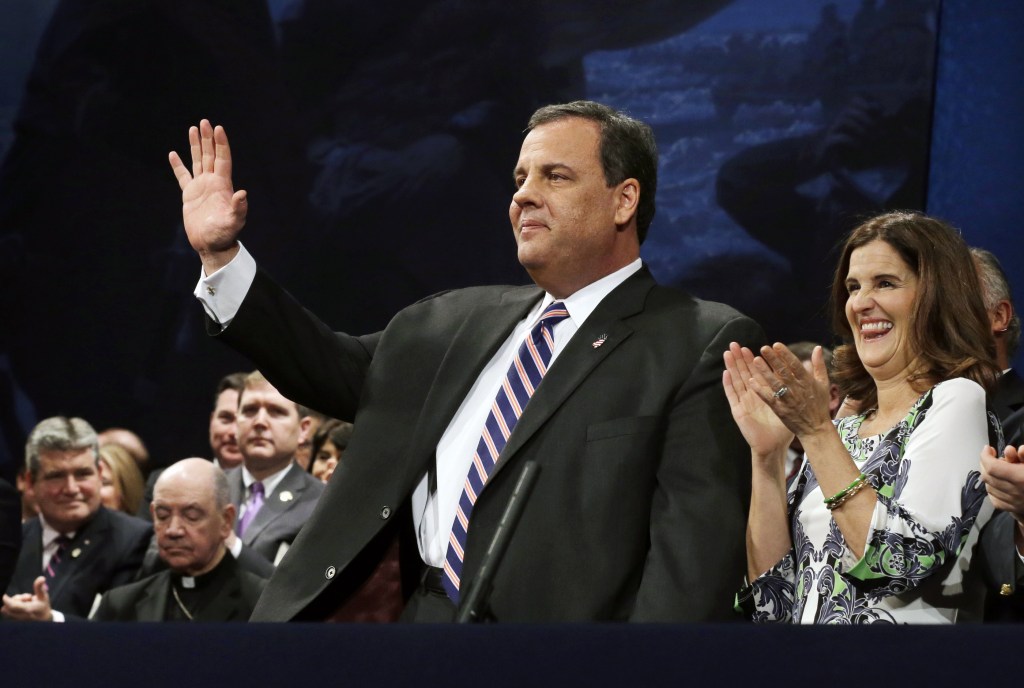 His administration gripped by scandal, New Jersey Gov. Chris Christie has found unlikely allies among the nation’s Hispanic community.
In New Jersey and beyond, some minority leaders usually aligned with Democrats are giving the Republican governor the benefit of the doubt regarding controversies that have enveloped his office, in part because of Christie’s aggressive courtship of minority voters throughout his first four years in office. Just days before an apparent case of political retribution by his office was exposed this month, Christie signed a new law granting in-state college tuition rates to New Jersey immigrants in the country illegally, winning national praise from Hispanic officials.
The gesture may alienate some conservatives in the next presidential election should he seek the White House, but it helped cement Christie’s status as one of the Hispanic community’s more popular Republicans.
“I think everybody needs to take a deep breath,” said the Rev. Gabriel Salguero, president of the National Latino Evangelical Coalition, who delivered an invocation at the last Democratic National Convention. “We don’t want to judge anything before all the facts are out. Gov. Christie has said he did not know about it. Right now, there’s no evidence to the contrary.”
Alfonso Aguilar, executive director of the Latino Partnership for Conservative Principles, suggested that Democrats are pushing new allegations against Christie because they’re afraid of his strength as a prospective 2016 presidential candidate.
“I just don’t see the huge scandal,” Aguilar said, describing Christie’s popularity among Hispanics as a potential “game changer” for the Republican Party.
Christie has apologized and fired senior aides for his administration’s role in traffic jams apparently engineered last fall to punish a Democratic mayor who refused to endorse his re-election campaign. The Democratic-led state Legislature is investigating the incident. Another Democratic mayor said over the weekend that the Christie administration balked on delivering Superstorm Sandy aid unless she supported a prime real estate project.
The Hispanic community is by no means unified behind Christie. And even those pleased with his minority outreach suggest their views could change should new evidence surface in the abuse-of-power allegations. But their early support highlights Christie’s popularity with Hispanic voters compared with Republicans elsewhere ahead of the 2016 presidential contest.
The GOP’s last presidential nominee, Mitt Romney, won just 27 percent of the national Hispanic vote. A year later, Christie captured roughly half of Hispanic voters in an overwhelming New Jersey re-election victory that served as the opening argument for a potential presidential bid. Republican strategists concede that the party must improve its standing among the growing demographic if it hopes to take back the White House.
“This election has taught us that the ways we divide each other — by race, by class, by ethnicity, by wealth, by political party — is neither permanent nor necessary,” Christie declared Tuesday shortly after taking the oath of office to begin his second term.
He scheduled his inaugural celebration for New York’s Ellis Island, the nation’s storied entry point for millions of immigrants. The Tuesday night event was canceled because of weather concerns, however.
But in a speech that ignored the swirling controversy, Christie cited the passage of New Jersey’s student tuition bill as an example of putting “the future of our state ahead of the partisans who would rather demonize than compromise.”
“We have to be willing to reach out to others who look or speak differently than us,” he said.
Christie has refused to say whether he supports federal legislation outlining a pathway to citizenship for millions of immigrants in the country illegally. But in New Jersey, minority leaders report that he began reaching out almost immediately after taking office. The Christie administration focused, in particular, on helping minority business owners cut through government red tape.
“He’s always been very popular with the Hispanic community,” said Carlos Medina, chairman of the New Jersey statewide Hispanic Chamber of Commerce.
Medina described the allegations against the Christie administration as “so out of character.” “Even now, we want to give him the benefit of the doubt,” he said. “It’s innocent until proven guilty.”
Others aren’t as forgiving.
Frank Argote-Freyre, president of the New Jersey-based Latino Action Network, is grateful that Christie supported the law granting in-state college tuition rates to New Jersey immigrants in the country illegally. But he says that the governor has consistently cut funding from minority groups, was slow to resolve problems on a Sandy-related Spanish-language website and directed a disproportionate level of Sandy aid to homeowners instead of rental units typically occupied by minorities.
“From the perspective of our organization, and I’d venture to guess most Latinos, he’s a disaster for our community,” Argote-Freyre said. In the weeks since the scandal erupted, “his reputation has suffered in all segments of the community.”