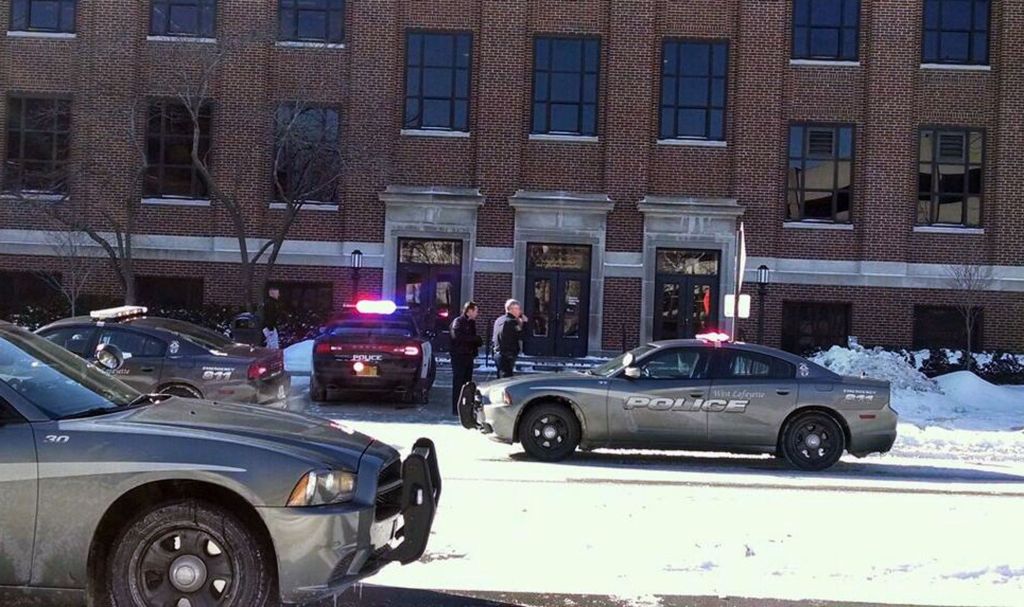 Associated Press
WEST LAFAYETTE, Ind. (AP) — Officials at Purdue University in Indiana say one person was killed in a shooting at a campus classroom building.
Purdue Provost Tim Sands says he didn’t immediately know the identity of the person killed or the person’s connection to the university.
Campus police chief John Cox says the suspect is in custody after surrendering outside the Electrical Engineering Building following the shooting about noon Tuesday.
Cox says the person appeared to have targeted the victim.