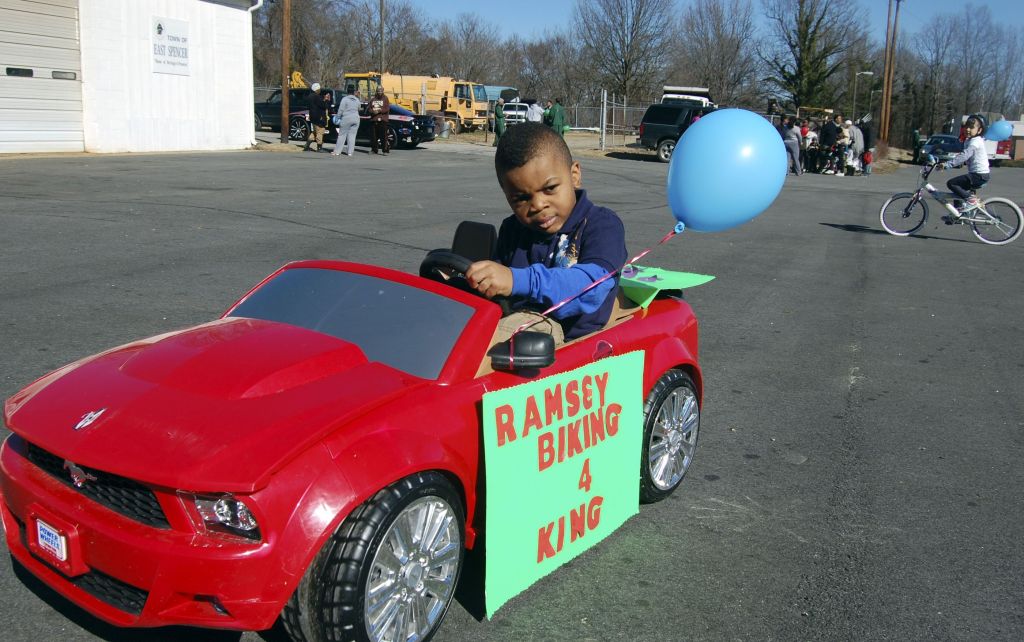 EAST SPENCER — Children on bikes and scooters took over Long Street in East Spencer for a brief time Monday as the town closed the road to traffic for a Dr. Martin Luther King Jr. Day celebration.
After riding from the Dunbar Center at noon with friends and family marching alongside them, the children gathered at the East Spencer Fire Department Annex to ride in circles and show off their wheels.
“Let them feel the wind in their face,” Mayor Barbara Mallett said.
Dubbed “Biking for King,” the cycling and public safety event featured Fire Chief Shawn McBride, Police Chief Baxter Michael and the Central Piedmont Rescue Squad, with a performance by the Love Christian Praise Dancers.
“It’s because of Martin Luther King that I am the fire chief of East Spencer,” McBride said.
Coach Andrew Mitchell and members of the North Rowan High School boys basketball team also marched during the parade in their green warm-up uniforms. Cedick Hash was the speaker.