Yesterday: In April 1968, Salisbury mourns the death of MLK 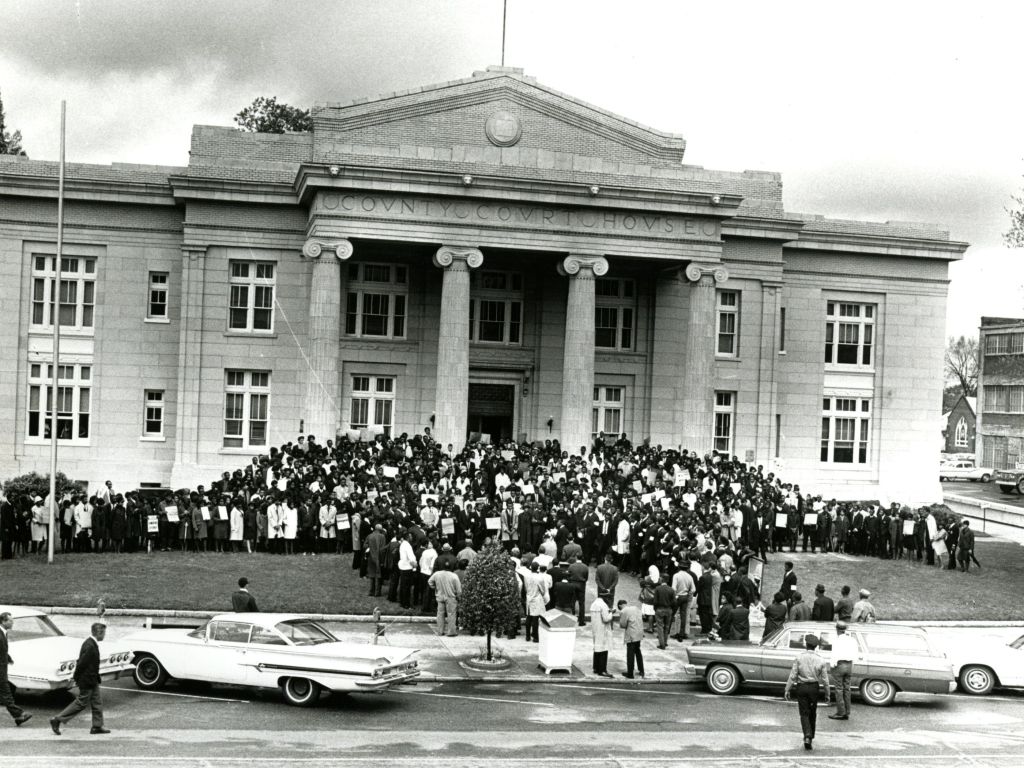 This photograph from April 5, 1968, has been shared in the Salisbury Post several times, including Dr. Martin Luther King Jr. holidays in the past. It shows the Livingstone College students and other Salisbury citizens who assembled peacefully in front of the Rowan County Courthhouse the day after Dr. King was assassinated in Memphis, Tenn. Students had walked from the college campus to the courthouse that day and met up with other citizens mourning the civil rights leader’s death. A black and white audience packed First Calvary Baptist Church two nights later to pay tribute to King.

‘With a shout of joy’