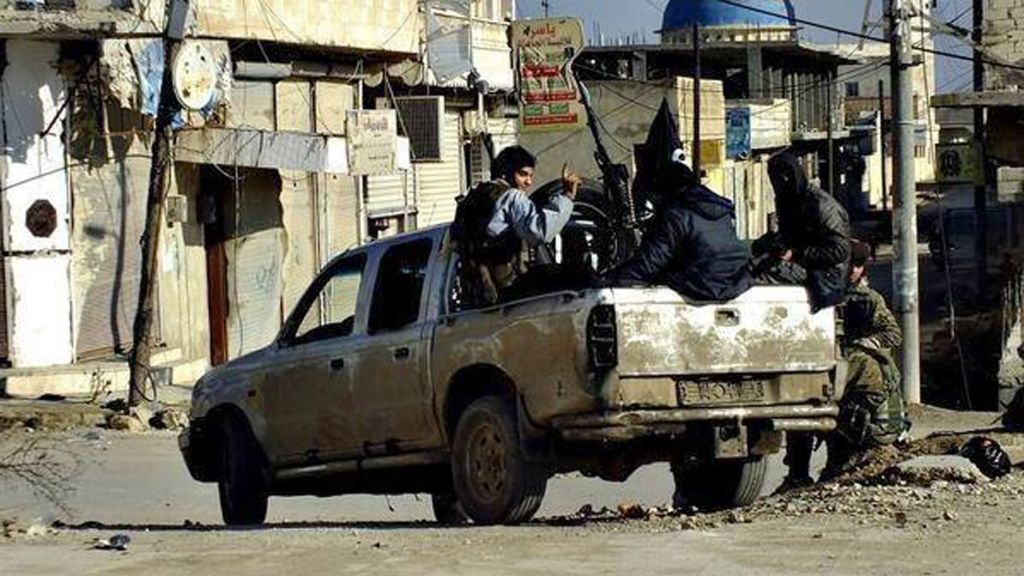 NEW YORK (AP) — Iran has been invited to attend a meeting of foreign ministers in the Swiss city of Montreux on Wednesday ahead of internationally brokered peace talks between Syria’s warring factions, U.N. Secretary-General Ban Ki-Moon said Sunday.
Ban said he had issued the invitation to Iran after “speaking at length in recent days” with Iranian Foreign Minister Javid Zarif, who had “pledged that Iran would play a positive and constructive role in Montreux.”
Ban spoke to reporters at an impromptu briefing Sunday late Sunday afternoon. He said Iran is among 10 additional countries invited to attend the Montreux meeting that precedes the peace talks scheduled to begin Friday between Syrian President Bashar Assad’s delegation and Syrian opposition groups at the U.N. European headquarters in Geneva. Thirty other countries had already been invited to attend the Montreux meeting.
Invitations to the one-day meeting of foreign ministers at a Montreux hotel had been subject to approval by the initiating states, Russia and the United States, but the two countries had been at an impasse over whether Iran, Assad’s strongest ally, should attend.
U.S. Secretary of State John Kerry had said he would welcome Iran’s participation — but only if Tehran endorsed earlier diplomatic agreements that called for a transitional government in Syria that would be created by mutual consent among the Syrian factions.
Ban said that Zarif had assured him that Iran “understands that the basis of the talks” is the full implementation of the road map adopted by the U.S., Russia and other major powers in Geneva in June 2012. That plan called for the creation of a transitional Syrian government with full executive powers.
“Foreign Minister Zarif and I agree that the goal of the negotiations is to establish, by mutual consent, a transitional governing body with full executive powers,” Ban said. “It was on that basis that Foreign Minister Zarif pledged that Iran would play a positive and constructive role in Montreux.”
But the State Department said it remains “deeply concerned” about Iran’s support of Assad’s regime, even after the United Nations extended the invitation to Iran.
State Department spokeswoman Jen Psaki said Iran must agree to the principles established in the earlier peace conference. She said the U.N. invitation “must be rescinded” if Iran does not fully and publicly accept the Geneva communique.
Ban said he believed that the expanded international presence in Montreux “will be an important and useful show of solidarity in advance of the hard work that the Syrian Government and opposition delegations will begin two days later in Geneva.” He reiterated that he believes “Iran needs to be part of the solution to the Syrian crisis.”
“After nearly three years of devastation, and after many months of discussions about the conference, it is now time for the Syrian parties, the region and the international community to unite behind a political solution based on the Geneva Communique,” Ban said.
It was not clear how Syria’s main Western-backed opposition group, the Syrian National Coalition, would react to the invitation to Iran.
The Coalition, under huge pressure from its Western and Arab supporters, agreed late Saturday to attend the Geneva peace talks, paving the way for the first direct talks between the rival sides in the nearly three-year conflict. The Coalition’s leadership met Sunday in Turkey to name the members of its delegation.
The Syrian opposition does not want Assad or his close allies to have any role during the transitional period. Syrian government officials say Assad will not hand over power and has the right to run for president again later this year.
The U.S. and Russia have been trying to hold the Geneva peace conference since last year and it has been repeatedly delayed.
Ban appealed to the Syrian parties “to keep one goal in mind: the end of the suffering of the Syrian people and the beginning of a transition to a new Syria.”
Ban, who was scheduled to depart for Switzerland on Monday, said Montreux was “not a venue for negotiations” but intended as a gathering of countries and organizations “to show their solidarity” with the peace process and Syrian people.
The Geneva talks will be moderated by the U.N.-Arab League special envoy to Syria, Lakhdar Brahimi.