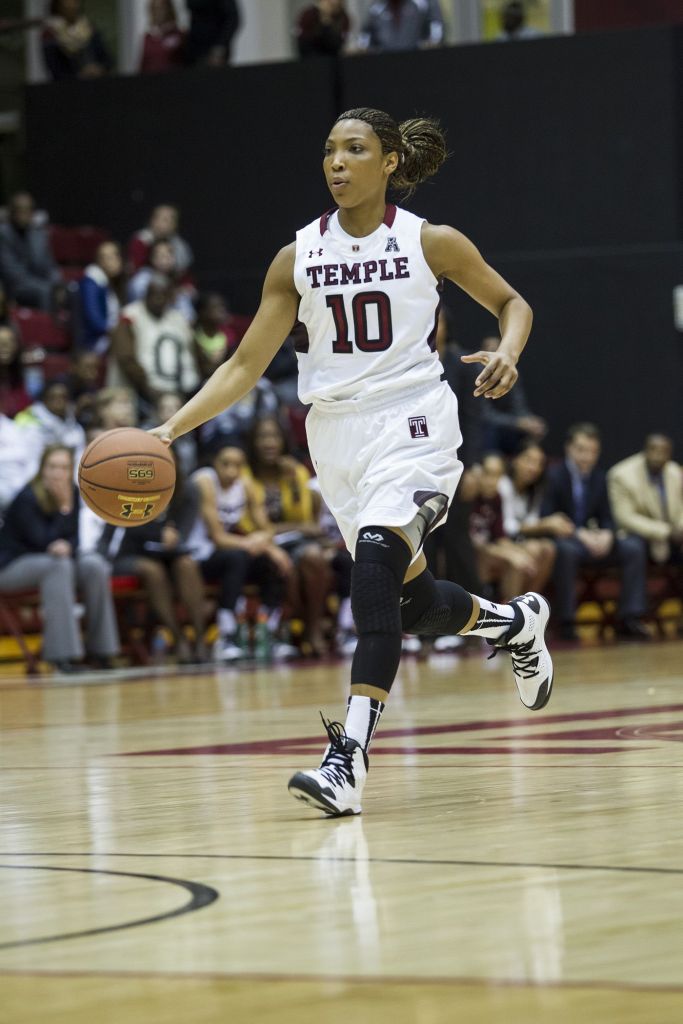 PHILADELPHIA — Temple’s women’s basketball team hadn’t played in 10 days when it flew 2,300 miles to Missoula, Montana, for a mid-December game with a team that had won 10 straight home games.
Former Salisbury High Shi-Heria Shipp showed no signs of rust and no hangover from the devastating knee injury she’d suffered three years earlier. In a 61-52 Temple victory, the 5-foot-10 guard had 17 points and 16 rebounds.
Yes, 16 rebounds. Eight on the offensive end.
“It was just one one of those good games,” Shipp said in a phone interview. “It was one of those nights where I was thinking every rebound that came off I should get it.”
Shipp had those nights frequently in high school. She competed in a dominating era for Salisbury, when three different coaches — Jennifer Shoaf, Dee Miller and Andrew Mitchell — guided the Hornets to a 110-12 record and four regional appearances in her four seasons. In her senior year, when the Hornets won the 2009 2A state championship, Shipp was named county player of the year.
Shipp’s SHS teammates included an honor roll of seven of the top 15 scorers in school history — Ashley Watkins, Saybah Sammy, Kwameshia Hicks, De’Rya Wylie, Ashia Holmes, Ayanna Holmes and Bubbles Phifer — but Shipp probably was the most gifted of all of them. She was long, she was fast, she could score, and she could defend.
So, 16 rebounds in one night. Does that mean she’s all the way back now?
“No, I don’t believe I would say that I’m 100 percent,” Shipp said. “I don’t believe I’ll ever be 100 percent. But I am healthier than I’ve been in a very long time.”
Shipp always has been a fine student and signed with George Washington, a notable academic institution in Washington, D.C., out of high school.
Her college career couldn’t have started any better — a game-winning tip-in on opening night — and she was a part-time starter in the Atlantic 10. She averaged 7.2 points per game and was A-10 Freshman of the Week after shining in the Bahamas.
Expectations were large for Shipp’s sophomore season, but it lasted five minutes. She went down in GW’s opening game against Ohio.
“I didn’t tear an ACL, but I tore the meniscus and I hurt a whole lot of little things in my knee,” Shipp said.
Shipp returned to the floor as a junior but was a shell of what she’d been. She hurt an ankle — in warmups — and missed four more games. She hobbled through that season, scoring in double figures only twice and averaging just 2.7 points per game.
“It was the first time I’d ever been hurt,” Shipp said. “I’d always been this very athletic person and I’d get mad at myself because I couldn’t do the things I expected myself to do. Basketball is a very mental game, and it just took time.”
As a George Washington senior in 2012-13, Shipp overcame the physical and mental barriers from lost two seasons. She started 20 games, led the Colonials in shooting percentage and averaged 9.6 points and 5.2 rebounds.
She had her first career double-double against Auburn and scored 16 when GW traveled to Greensboro to play North Carolina A&T.
Shipp handled college academics in four years despite the time demands of basketball. She made GW’s honor roll and graduated with a degree in sociology.
But she still believed she had some good basketball in her, and the NCAA granted her an extra year of eligibility because she’d essentially missed the 2010-11 season.
She’s competing now as a graduate student at Temple, a tradition-rich Philadelphia school, and is working on a masters degree.
“Temple gave me an opportunity, and it was a chance to be part of a winning program,” Shipp said. “Philadelphia is a dramatic change for a small-town girl, but I’m enjoying it.”
Temple is 10-7 after beating Cincinnati on Saturday. Shipp scored 13 in that one and averages 10.3 points and 6.5 rebounds. She scored 22 points against Howard. She’s had games with five assists and five steals.
“Still aiming for that triple-double,” she said.
Shipp’s soft voice is still barely above a whisper, but she’s matured and seen a lot since her high school days.
Temple played at No. 1 UConn recently and while the Owls were blown out, Shipp got to play in front of close to 10,000 people.
“It was crazy, but it was just one more amazing experience,” she said. “Basketball has taught me so much.”

WSP girls too much for North