Friends, family remember six killed in crash a year ago 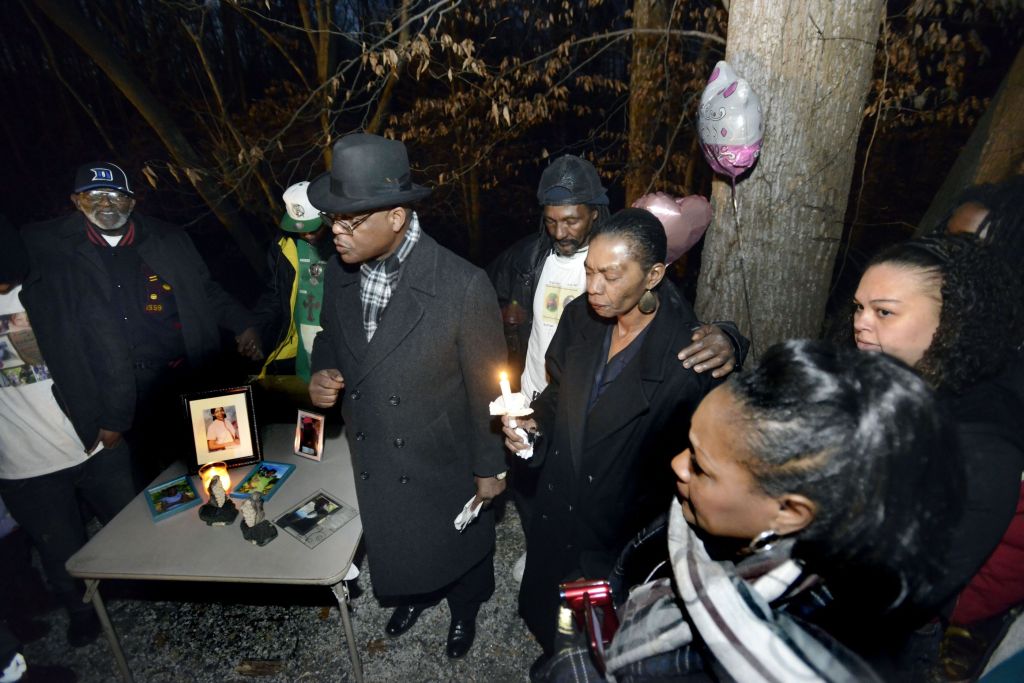 Nearly 50 people congregated on the side of South Rowan Avenue in Spencer to honor the lives of the six people who were killed in a horrific accident in that very same spot one year ago.
Friends and family of the victims, first responders from the night of the wreck and the three boys who survived sang, cried and prayed together.
Rev. Jerry Miller, associate minister at Mt. Zion Missionary Baptist Church, spoke for a few minutes and encouraged those in attendance to comfort one another and to “stick together as a family.”
“We’re going to rejoice on this day because you have received your angels into a home with no more pain,” Miller said in a prayer.
After Miller’s message of hope and healing, first responders placed roses in the victims’ honor and family members released balloons for each victim.
Some began to sob, calling out the names of the loved ones they lost.
Miller said the memorial helped the family “with the closure of what’s going on in their lives.”
Kenny Cathcart, Da’Ja’s grandfather, said that it’s tough on the family.
“It was great for this much crowd to show,” he said.
Martha Dunlap, whose daughter and two granddaughters died in the crash said, “I really don’t have the words to say. I give God the glory” for the ability to heal.
De’Ja’s aunt, Ashley Cathcart, said, “We’re just taking it day by day.”
“It meant a lot for the police officers and firemen to be here,” she added.
Spencer Fire Department Capt. Jeremi Carter, Spencer fireman Brad McCauhorn, paramedic Renada Burns and East Spencer police officer Jamie Thomas all responded to the wreck and attended the memorial.
Carter was the incident commander the night of the wreck.
He said that the crash was probably one of the toughest calls any of the first responders that night had ever responded to.
“It’s an honor to come out here and remember the lives of those who passed away,” Carter said.
“And those who didn’t,” McCauhorn added.
Angela Monique Dunlap was driving 67 mph in a 30 mph zone with a blood alcohol content between .13 and .14 on Jan. 18, 2013 when she hit a tree and her 2002 GMC Envoy caught fire.
Dunlap, 28, and her daughters, Da’Ja Cathcart, 10, and Taliah Williams, 8, as well as Vincent Eugene McNeal, 45; Sean Javen Jacobs, 25, and Karizma Nichole Sexton, 4, died.
Dunlap’s sons Davion and Javion Williams, 6, and Charles Patrick, 10, survived the wreck.
Larry Williams, Davion and Javion’s father, said the boys are “doing good.”