Police say woman who crashed car into building was intoxicated 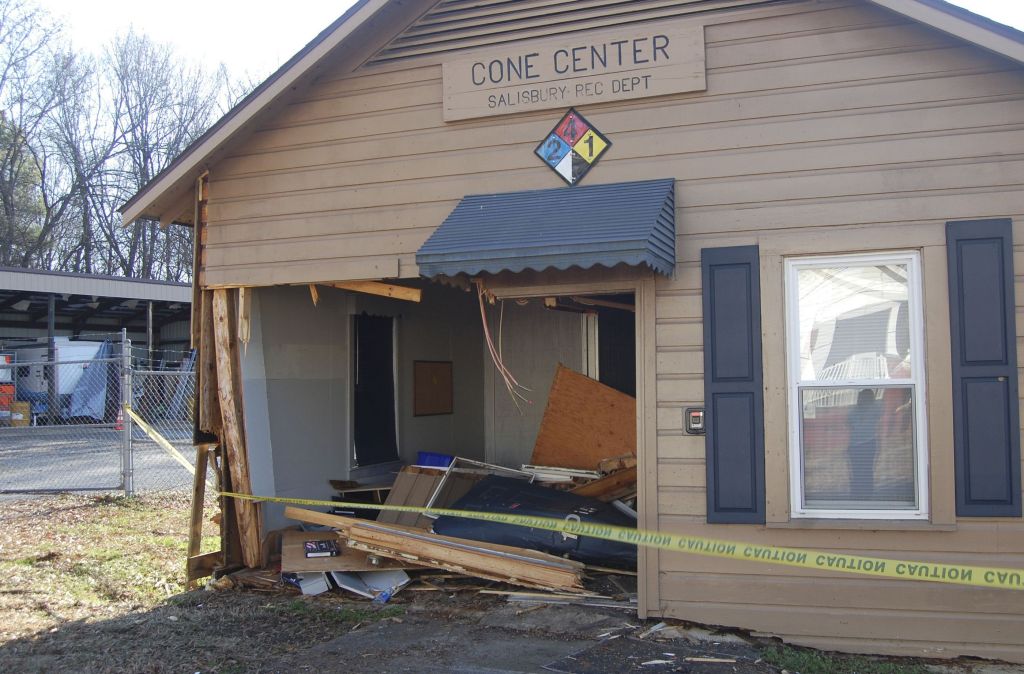 Salisbury Police say a Salisbury woman was intoxicated when she drove her 1994 Ford Explorer through the front door of the Cone Center, where the city has its maintenance operations, early Friday morning.
Anne Star Blomeley, 29, of Mooresville Road, was driving her vehicle when she lost control and overcorrected it. The vehicle went through the building, ripping the front door and the wall down in the process. Police say the crash occurred around 7 a.m. at the corner of Ryan Street and South Martin Luther King Jr. Avenue.
Blomeley’s blood alcohol content was 0.15, nearly twice the legal 0.08 limit.
Police Capt. Shelia Lingle said after Blomeley struck the building, which is on the corner, she backed her vehicle up and left the scene. She didn’t get very far and was caught just beyond the Rufty-Holmes Senior Center.
No one was injured and Blomeley was issued a written promise and released to a sober adult.