Mom knows what it’s like to have a real conversation 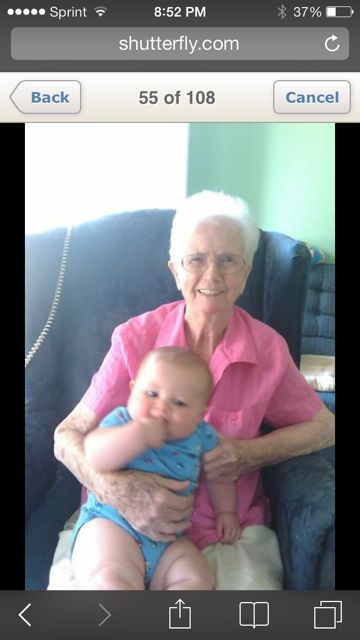 It’s hard to believe it’s been eight years this January since my dad passed away. At the time, it seemed easier to deal with the grief by writing down thoughts in a journal. Little did I realize this would be the beginning of my journey as a writer. Over the last eight years that journey has taken me in many different directions, including speaking engagements at organizations, schools and churches.
Never dreaming any of this would be part of my life, my biggest supporter and fan has been my mom, Betty Smith. Although she doesn’t drive, that doesn’t stop her from telling all her friends and neighbors about my latest newspaper column or children’s book, even selling a few over the telephone.
Always interested in what story I’m writing for the Salisbury Post, she particularly enjoys the columns I’ve written about her and the “good old days.” If you’ve read any of those you know Mom grew up during the Depression on a farm in Montgomery County. One of 21 children, she had to pick cotton, milk the cows and help in the garden. In my opinion, she was her daddy’s pet and sometimes could get by with things her sisters and brothers may have gotten a “whupping” for. One of those happened, when at the age of 8, she was picking cotton and had the bright idea of putting rocks in her bag to make it fill up quicker. Little did she realize, when processed at the cotton gin it wouldn’t take long for her dad to figure out what she had done.
Even though Mom occasionally pulled pranks on her dad, most days meant hard work in the fields. In today’s society, children would probably think working long hours in a field would be child abuse, but for Mom and her family, it was survival and food on the table.
Mom often said her family was lucky because they never went hungry, which was quite an accomplishment during the Depression. Then again, maybe it really wasn’t luck, but the fact that my grandpa was a smart man and knew how to do just about anything, including keeping his family fed.
Although Grandpa didn’t have a formal education, he did have lots of common sense. For example, once a year my grandpa would make a trip to the store to get shoes for the children. Having only one wagon, it wasn’t feasible to take the entire family, so he would trace each child’s foot on a piece of cardboard. Taking the cardboard to the store for measurements, Grandpa always got the right size shoe.
Finding enjoyment in helping others, when someone in the community needed something they would send for my grandpa. During the flu epidemic of the early 1900s, he was one of the few who could take food to afflicted families without getting sick. Grandpa died before I was born and although I never met him, somehow I think Mom must be a lot like him. Like my grandpa, she enjoys helping others and doing kind things like giving flowers or a potted plant to brighten someone’s day. Although she didn’t have the opportunity to graduate from high school, she has more common sense than many who do.
Now in her 90s, she keeps her mind active by reading, watching the nightly news and talking with friends. Except for her weekly chocolate cream pie and daily Coca-Cola, for the most part she keeps healthy by eating fruits and vegetables and drinking her Boost. Not one to eat much meat, she might have one serving a week, and although rarely eats hamburger, she loves barbecue.
Never touching a computer, a tablet, iPad or cell phone, many would say Mom’s out of touch, out-of-date, or not very smart. Yet, I’m wondering who’s really smart because recent studies are beginning to show the bombardment of technology is somehow changing the brain’s ability to focus for long periods of time. This is especially scary when thinking about children who have been in tune with technology almost from the crib.
Pam Drye, computer facilitator at Shive Elementary School, addressed that very issue during a conversation not long ago. She said, “As educators we must teach students they can’t expect the same instant gratification in real life they receive from technology. That comes under the heading of learning self-control and patience. There’s no doubt technology has much to offer in the way of preparing students for a career and a future, but it must be balanced with other activities, including face-to-face skills and interaction.”
No matter how sophisticated technology becomes, it cannot replace looking into someone’s eyes, or reading facial expressions or hand gestures. From this perspective, it seems Mom still has a few things to teach even the most educated of us. While many in society have lost the art of conversation and “real” relationships, my mother knows what it means to have a conversation with a friend, or family member, caring enough about what they have to say to listen and pay attention without the distraction of an incoming text or voice mail. What about you? Can you say the same?
If you ever need a lesson on how to engage someone in a conversation or have a “real” relationship, just ask one of the best communicators I know, my mom. As my dad used to say, “She can talk the ears off a billy goat.” In this day and age that’s quite an accomplishment, don’t you think?
Dicy McCullough’s books are available in local bookstores, Amazon.com and Barnes and Noble. Contact her at 704-278-4377.