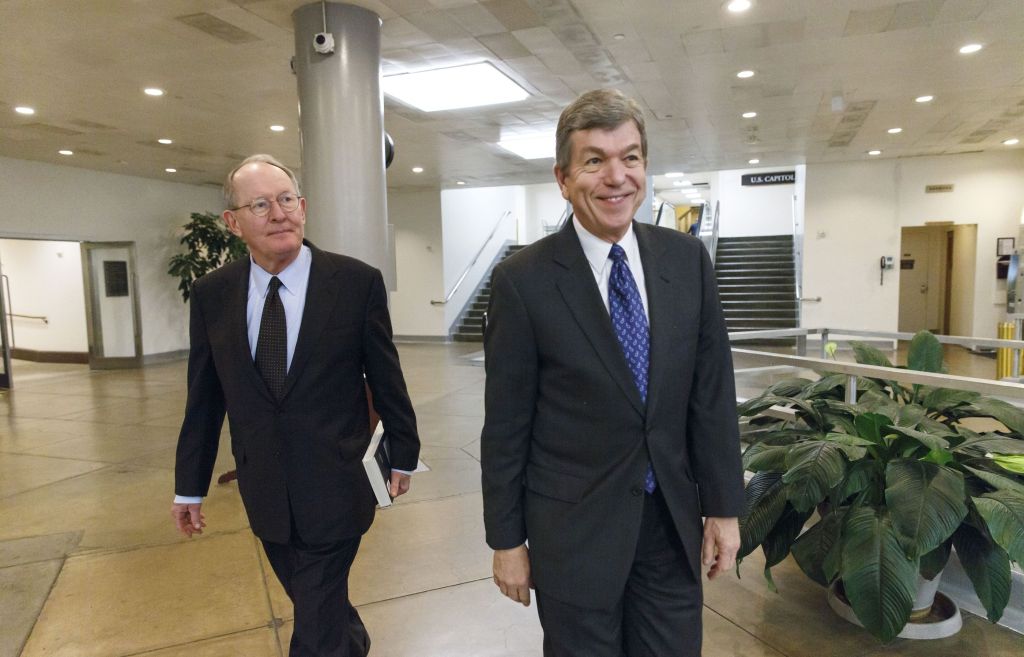 WASHINGTON (AP) — Congress sent President Barack Obama a $1.1 trillion government-wide spending bill Thursday, easing the harshest effects of last year’s automatic budget cuts after tea party critics chastened by October’s partial shutdown mounted only a faint protest.
The Senate voted 72-26 for the measure, which cleared the House a little more than 24 hours earlier on a similarly lopsided vote. Obama’s signature on the bill was expected in time to prevent any interruption in government funding Saturday at midnight.
The huge bill funds every agency of government, pairing increases for NASA and Army Corps of Engineers construction projects with cuts to the Internal Revenue Service and foreign aid. It pays for implementation of Obama’s health care law; a fight over implementing “Obamacare” sparked tea party Republicans to partially shut the government down for 16 days last October.
Also included is funding for tighter regulations on financial markets, but at levels lower than the president wanted.
The compromise-laden legislation reflects the realities of divided power in Washington and a desire by both Democrats and Republicans for an election-year respite after three years of budget wars that had Congress and the White House lurching from crisis to crisis. Both parties looked upon the measure as a way to ease automatic spending cuts that both the Pentagon and domestic agencies had to begin absorbing last year.
All 53 Democrats, two independents and 17 Republicans voted for the bill. The 26 votes against it were all cast by Republicans.
The measure advanced to Obama three months after House Republicans called off the government shutdown and sought a scaled-back bargain with Democratic lawmakers and the president. It added the details to the framework laid out by the December bargain between the chairmen of the House and Senate Budget committees.
Congress still has to act in the next few weeks to increase the government’s borrowing cap to avoid a potentially devastating default on U.S. obligations, but GOP leaders no longer appear to have much enthusiasm for a showdown with Obama over that issue. House Speaker John Boehner, R-Ohio, told reporters Thursday that the government “shouldn’t even get close” to a default.
Obama’s budget director, Sylvia Mathews Burwell, called the spending bill’s passage a positive step for the nation and the economy. “It ensures the continuation of critical services the American people depend on,” she said in a blog post.
Shortly before the final vote, Sen. Ted Cruz, R-Texas, delivered a slashing attack on Senate Democrats, accusing them of ignoring the problems caused by the health care law. “It is abundantly clear that millions of Americans are being harmed right now by this failed law,” Cruz said.
Unlike last fall, when he spoke for 21 straight hours and helped force the government shutdown over defunding Obamacare, this time he clocked in at 17 minutes and simply asked the Senate to unanimously approve an amendment to strip out Obamacare funding. Democrats easily repelled the maneuver.
The 1,582-page bill was really 12 bills wrapped into one in negotiations headed by Rep. Harold Rogers, R-Ky., and Sen. Barbara Mikulski, D-Md., respective chairmen of the House and Senate Appropriations committees, and their subcommittee lieutenants. They spent weeks hashing out line-by-line details of a broad two-year budget accord passed in December, the first since 2009.
The bill, which cleared the House on a vote of 359-67, increases spending by about $26 billion over fiscal 2013, with most of the increase going to domestic programs. Almost $9 billion in unrequested money for overseas military and diplomatic operations helps ease shortfalls in the Pentagon and foreign aid budgets.