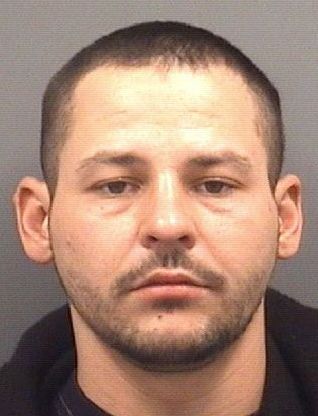 Authorities say two brothers took and sold copper, other scrap metal from a girlfriend’s father. The girl’s father told authorities he’d been “wiped out.”
Rowan County Sheriff’s Office charged Christopher Nelson Ritchie, 27, and his twin brother, Chad Edward Ritchie, 27, with larceny, larceny of motor vehicle, obtaining property by false pretenses, all felonies. Christopher Ritchie is also charged with misdemeanor failure to appear.
Both men have since been released from the Rowan County Detention Center under a $5,000 secured bond.
Lawrence Wensil Jr. told investigators his daughter’s boyfriend, Christopher Ritchie, and his brother took copper wiring from his funnel cake food truck and from around his property. Wensil had a detailed list of the items that were taken and how much the items were worth, which officials said totaled $8,000. He said the brothers also took two motorcycles and two engine blocks.
Christopher Ritchie reportedly admitted to his girlfriend that he and his brother took the property between Nov. 20 and Dec. 18.
The brothers took the items to Foils Recycling, an arrest warrant said.
Chad Ritchie has been convicted of drug possession and a traffic infraction and Christopher Ritchie has been convicted of misdemeanor larceny.