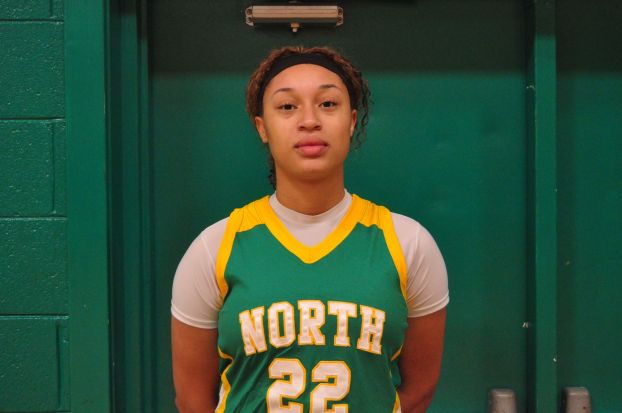 Blaire will miss rest of the year

Brielle Blaire’s prep career ended with a thud. Not due to her play, but her knee hitting the floor.
The North Rowan senior went down hard during the Lexington game on Jan. 3 and hasn’t played since. This week, she learned she tore the ACL in her right knee that night and will sit out the rest of the season.
The injury is not thought to be career-threatening for the Virginia Tech commit. Blaire averaged 14.3 points in eight games this year.
“I’ve been playing a long time and I’ve never had to sit this long,” Blaire said. “It’s killing me because I love the game so much.”
Blaire finishes as the ninth-highest scorer in county history with 1,696 points. The senior had suffered knee issues before with tendonitis. For now, she’s on crutches and will have surgery in the coming weeks. North didn’t anticipate Blaire to be out very long initially. Multiple opinions from doctors confirmed the Cavs’ fears.
“We weren’t thinking it was season-ending at first,” North coach Brian Lytton said. “When we found out it was, we wanted to do what’s best for her. We want to make sure it completely heals.”
North won its first eight games of the season and took the Moir Christmas Classic championship with a 60-38 win against East Rowan.
“It’s tough,” Blaire said. “I was really looking forward to seeing what we accomplished. “I can still be a part of the team, but just not on the court.”
Blaire played for Salisbury for three years and helped win a state 2A championship as a freshman. Blaire was the County Player of the Year as a sophomore and received All-State honors. She got scholarship offers, one from Tech, as an eighth grader. She committed to VT last fall.
The Cavaliers host East Davidson Friday in a Central Carolina Conference clash.