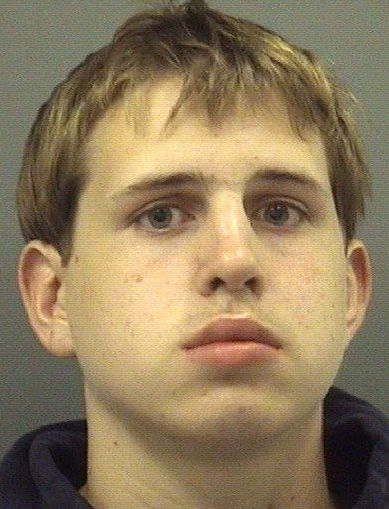 CHINA GROVE — Police charged a teen with setting fire to a storage building that belonged to a local retirement center after someone spotted him leaving the area.
The China Grove Police charged Nathan Patrick James Rohl, 19, who lives at the retirement center, Monday night with felony burning other buildings. He remains in the Rowan County Detention Center under a $2,500 secured bond.
On Saturday the China Grove Fire Department responded to China Grove Retirement Center, 1114 S. Main St., to what was reported as smoke coming from the structure. Fire officials quickly learned a wooden building behind the facility, which was used for storage, was actually on fire. The storage building once housed an office. A retirement facility staff member called the fire in, authorities said.
China Grove Police and the Rowan County Fire Marshal’s Office were notified because of the suspicious nature of the fire. Officials estimated the damage at $60,000.
“Nathan Rohl was seen leaving the area after the fire,” said China Grove Police Chief Eddie Kluttz.
In March 2013, Salisbury Police charged Rohl with taking indecent liberties with a child. The incident occurred in 2012. On Dec. 3, Rohl pleaded guilty to a lesser offense of misdemeanor sexual battery and received an active sentence in the N.C. Department of Corrections.
Anyone with additional information is asked to contact the China Grove Police at 704-857-7755 or the Rowan County Fire Marshal’s Office at 704-216-8900.