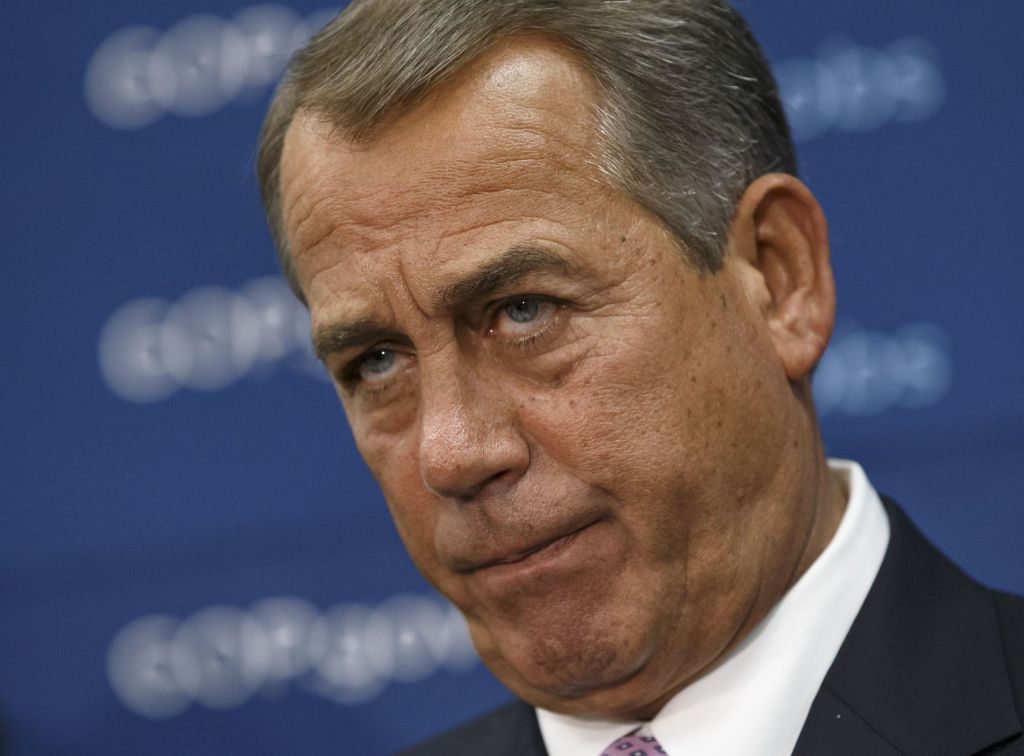 WASHINGTON (AP) — A chastened Congress is putting aside the crisis-driven budget battles of the past three years, embracing a $1.1 trillion spending bill that restores or smooths the sharpest edges of the automatic cuts imposed as a result of its own dysfunction.
The huge election-year legislation preserves the downward trajectory on government spending demanded by Republicans. Yet the bipartisan measure steaming through Congress also preserves President Barack Obama’s health care overhaul and stricter regulation of financial markets — and deflects the most significant attempts by Republicans to rewrite environmental rules and force other changes.
Lawmakers hope the compromise will show disgruntled voters before next fall’s midterm election that Washington — especially its unpopular Congress — can perform its most basic function of responsibly funding the government. The bravado that prompted tea party Republicans to force a government shutdown in hopes of derailing “Obamacare” is long gone, replaced by an election-year desire to focus attention on the administration’s troubled rollout of the health care law instead of lurching from crisis to crisis.
“The average American looking at this, it looks pretty dysfunctional for the last couple of years,” said Rep. Tom Cole, R-Okla. “We need to rack up some achievements here — not just for Republicans but for incumbents in general and for the institution.”
There could still be bumps in the road. Congress needs to raise the government’s borrowing cap by the end of February or early March, and it’s unclear how big of a battle that will be.
As for the 1,582-page compromise spending bill the GOP-led House is slated to pass Wednesday, it funds the operations of virtually every federal agency, making cuts and additions reflecting the trade-offs of divided government. While delivering relief from painful budget cuts and caps known as sequestration, it still imposes a 3 percent cut on agency budgets relative to those approved last year before automatic reductions lopped about $60 billion from them.
The measure doesn’t contain in-your-face victories for either side.
The primary achievement is that there is an agreement in the first place. Last year’s collapse of the budget process was followed by a 16-day government shutdown and another brush with a disastrous default on U.S. debt. After the shutdown and debt crisis last fall, House Budget Committee Chairman Paul Ryan, R-Wis., and Senate Budget Committee Chairman Patty Murray, D-Wash., struck an agreement to avoid a repeat of the 5 percent cut applied to domestic agencies last year and to prevent the Pentagon from absorbing about $20 billion in new cuts.
At the White House, President Barack Obama expressed support for the compromise and urged Congress to “pass that funding measure as quickly as possible so that all these agencies have some certainty around their budgets.”
The measure contains dozens of hard-fought agreements between Democrats and Republicans as it fleshes out the details of the budget deal that Congress passed last month. That pact gave relatively modest but much-sought relief to the Pentagon and to domestic agencies after the deep budget cuts of last year.
Republicans were denied the ability to handcuff agencies responsible for implementing Obamacare and new Wall Street regulations, but they succeeded in curbing those budgets. Democrats won a big funding increase for Head Start early childhood education but were denied other money they wanted.
The huge bill reflects the nuts-and-bolts culture of the appropriations process. That used to occupy Congress for month but came off the rails last year. Now, no item is too small: For instance, Rep. Jose Serrano, D-N.Y., succeeded in blocking the Postal Service from selling a Depression-era post office in his Bronx district.
The bill is laced with sweeteners. One provision exempts disabled veterans and survivors of military spouses from a pension cut enacted last month. The bill also contains increases for veterans’ medical care backed by both sides and fully funds the $6.7 billion budget for food aid for low-income pregnant women and their children.