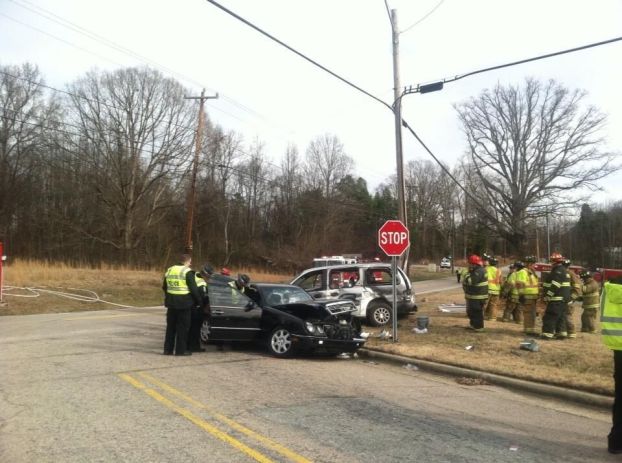 SPENCER — Two people were airlifted after a wreck today at the intersection of Long Ferry Road and North Long Street.
A Mercedes and a Ford van collided, leaving a person pinned inside one of the vehicles, according to emergency radio communications.
The impact pushed the van into a utility pole, which snapped.
An officer on the scene said a man was driving the Mercedes and a woman was driving the van. No one else was in either vehicle.
The extent of their injuries was not immediately available, nor were their identities. One was taken to Wake Forest Baptist Medical Center in Winston-Salem and the other to Carolinas Medical Center, according to the officer.
Both vehicles were heavily damaged and debris was scattered around the intersection.
One helicopter was called to nearby Millers Ferry Fire Department while another was sent to Novant Health Rowan Medical Center.