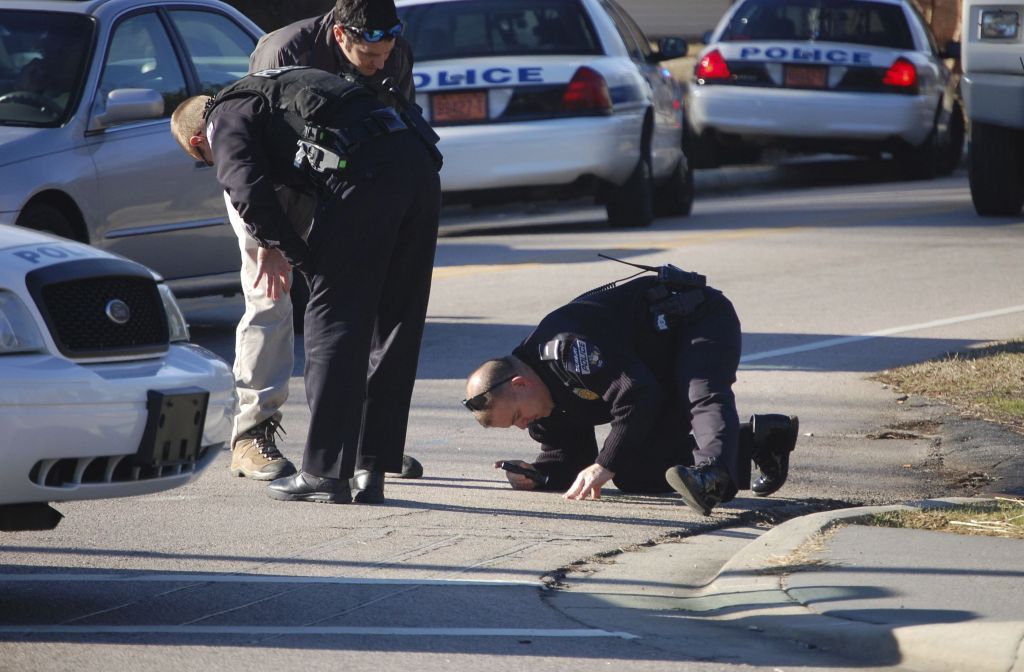 Two people were put in the backseats of Salisbury Police patrol cars Wednesday afternoon following multiple shots being fired in the area of Brenner Avenue and Old Wilkesboro Road.
Salisbury Police were called to the scene after shots rang out at Linn Lane, located near Old Wilkesboro Road around 2:45 p.m.
Complete details of the incident weren’t available at press time.
It is unclear if arrests were made or if anyone was injured.
One resident, who lives on Old Wilkesboro Road, said she was in her back yard with her dog when she heard at least four gunshots. The woman, who declined to provide her name, said the shots were one right after another and then she saw some men running down the street.
Several police officers were seen searching the roadway on Old Wilkesboro Road and a grassy area in front of Union Hill Cemetery. A police officer was also seen collecting what appeared to be bullet casings.
Officers blocked the road near the cemetery to further search the area. Several residents in a nearby apartment complex gathered outside to watch.