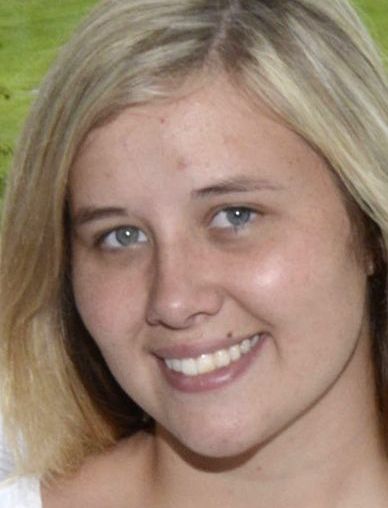 Catawba College President Brien Lewis has appointed a seven-member search committee charged with finding appropriate candidates to fill the college’s director of athletics position.
The position became available with the Dec. 31 resignation of Dennis Davidson. Effective Jan. 1, Jeff Childress of Salisbury, who serves as head coach of the men’s and women’s tennis teams at the college, stepped up to take on additional responsibilities as the college’s interim director of athletics until that position is filled permanently.
Lewis said the search committee is reviewing a draft of the job description and plans to post that vacancy early in 2014. Interested candidates will have until the end of January to submit application materials.
“The search committee’s charge is to recommend three or four finalists for this position to me — in no rank order,” Lewis said. “Thereafter, we will bring these finalists to campus for meetings and forums with student athletes, coaches and other members of the college community.”
Members of the search committee include Robert “Bob” Arnold ’71 of Hickory, a college trustee; Lois Williams, Catawba’s vice president of enrollment; Sam Gealy, Catawba’s golf coach; Angie Morton ’84, Catawba’s women’s basketball coach; Jim Duncan of Salisbury, president of the Chiefs Club; Bob Casmus, Catawba’s head athletic trainer; and Dr. Jason Hunt, department chair and associate professor of mathematics at the college.
Catawba student Amber Williamson, a junior chemistry major from Lexington, has been selected to participate in the 2014 American Chemical Society’s (ACS) Leadership Institute Jan. 24-26 in Dallas, Texas. Williamson is one of only 16 students in the country to receive the 2014 Student Leadership Award and be invited to attend this leadership institute that recognizes emerging leaders in the ACS student chapter network.
Williamson was also one of five Catawba College students who spent this past summer interning at the North Carolina Research Campus (NCRC), a collaborative of 18 corporate, academic healthcare partners working to improve human health and nutrition in Kannapolis, helping to gather and organize data in a project that will ultimately result in a knowledge database to help improve human nutrition. She was a part of the $1.5 million Plant Pathways Elucidation Project (P2EP), a program that brought together university scientists, industry professionals and students from a variety of North Carolina colleges and universities, in a new collaborative research model.
Dr. Benjamin B. Peeler, chief of pediatric and adult congenital cardiothoracic surgery at Levine Children’s Hospital and Sanger Heart and Vascular Institute in Charlotte, is the newest member of the Catawba College Board of Trustees. Trustees approved Peeler’s membership at their October 2013 meeting and will welcome him at their February 2014 meeting.
Catawba President Brien Lewis lauded Peeler’s addition to the board, noting that Peeler’s expertise and renown will be tapped as the college seeks to expand its academic offerings in the health sciences. Lewis noted that Peeler also has family connections to Catawba.
Peeler’s grandparents, the late Dr. Banks J. Peeler and Agnes G. Andrew Peeler, were both Catawba graduates from the class of 1919. Banks Peeler was president of the Southern Synod of the then Evangelical and Reformed Church, now the United Church of Christ. He wrote “A Story of the Southern Synod of the Evangelical and Reformed Church,” and served on the Catawba Board of Trustees from 1937-1974, holding the offices of vice president, president and secretary. Benjamin Peeler’s father, the late Dr. Robert G. Peeler, was a 1951 Catawba alumnus and a cardiologist in Jacksonville, Fla. His uncle, Dr. Richard N. Peeler ’47, and his late aunt, Jean Peeler Arnold ’46, were also Catawba alumni.
Benjamin Peeler was the fourth generation of his family to attend Catawba. He attended between 1982 and 1984 before transferring to Wake Forest University where he graduated. He attended medical school at Vanderbilt University. He completed his general surgery residency at Vanderbilt University Affiliated Hospitals. Following residency, he continued his surgical training at the University of Virginia Health Sciences Center as a fellow in thoracic and cardiovascular surgery and vascular surgery. He concluded his comprehensive fellowship training at Emory University with a third fellowship in pediatric cardiothoracic surgery.
Prior to joining the Sanger Heart and Vascular Institute in November 2009, Benjamin Peeler was the surgical director of the Virginia Children’s Heart Center at the University of Virginia in Charlottesville. He also directed the pediatric cardiac surgery program at the Medical College of Virginia in Richmond and performed surgery at the Children’s Hospital of the Kings Daughters in Norfolk.
He has more than 30 manuscripts to his credit, along with six book chapters and multiple abstracts, in addition to participating in numerous teaching activities and conference presentations. He won the University of Virginia School of Medicine Dean’s Award for Clinical Excellence in 2007, awarded to a faculty member who demonstrates exemplary patient service and a high level of clinical skill.
He was recognized by Charlotte Magazine as one of the 2012 Charlotte’s Top Doctors and was also one of four physicians awarded “2012 Excellence in Health Care: Physicians of the Year” by the Charlotte Business Journal.