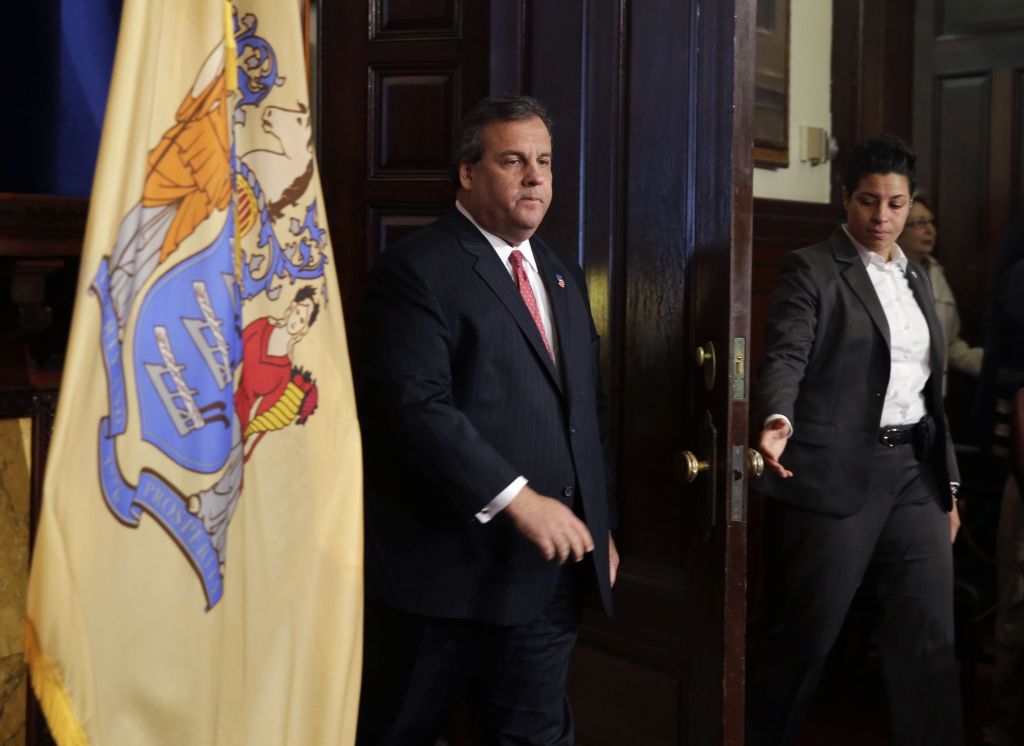 TRENTON, N.J. (AP) — Gov. Chris Christie on Thursday apologized to his constituents and said he was “embarrassed and humiliated” by his staff, one day after emails and text messages revealed his administration may have closed highway lanes to exact political retribution.
Christie also said he was firing Deputy Chief of Staff Bridget Anne Kelly, “because she lied to me.”
Kelly is the latest casualty in a widening scandal that threatens to upend Christie’s second term and likely run for president in 2016. Documents show she arranged traffic jams to punish the mayor, who didn’t endorse Christie for re-election.
The revelations thrust a regional transportation issue into a national conversation raising new questions about the ambitious governor’s leadership on the eve of a second term designed to jumpstart his road to the White House.
The messages do not directly implicate Christie, but they contradicted his assertions that the closings were not punitive and that his staff was not involved.
Christie acknowledged Thursday that was a lie, because his staff didn’t tell him what they had done.
The messages were obtained by The Associated Press and other news organizations amid a statehouse investigation into whether the lane closings that led to the tie-ups were retribution against the mayor of Fort Lee for not endorsing Christie for re-election last fall.
“Time for some traffic problems in Fort Lee,” Kelly wrote in August in a message to David Wildstein, a top Christie appointee on the Port Authority of New York and New Jersey.
A few weeks later, Wildstein closed two of three lanes connecting Fort Lee to the heavily-traveled George Washington Bridge, which runs between New Jersey and New York City.
Beyond the specifics of the lane closures, critics suggest the incident reflects a darker side of Christie’s brand of politics that contradicts the image he’d like to project as he eyes the presidency.
The governor repeatedly sidestepped criticism that he bullied adversaries in an overwhelming re-election victory in November. Facing a little-known and underfunded opponent, he cast himself as a different kind of Republican: a compromising, consensus builder who ultimately earned strong support from minorities, union members and even many Democrats.
It was described as the opening argument for Christie’s prospective White House run. That argument is now clouded, at least temporarily, during one of the most important transitions of his political career.
In less than two weeks, he is scheduled to celebrate his second inauguration in the shadow of the Statue of Liberty on historic Ellis Island, a symbolic beginning to a second term designed to expand Christie’s bipartisan appeal. He also is expected to unveil his second-term priorities — solidifying his presidential resume — in a state-of-the-state address later this month, while beginning an aggressive national travel schedule as chairman of the Republican Governors Association.
Wildstein, a childhood friend of the governor, is scheduled to testify later Thursday before a state Assembly committee.
Democratic National Committee chair Debbie Wasserman-Schultz said the “revelations are troubling for any public official.” But she said: “They also indicate what we’ve come to expect from Gov. Christie — when people oppose him, he exacts retribution. When people question him, he belittles and snidely jokes. And when anyone dares to look into his administration, he bullies and attacks.”