Warm up on the way 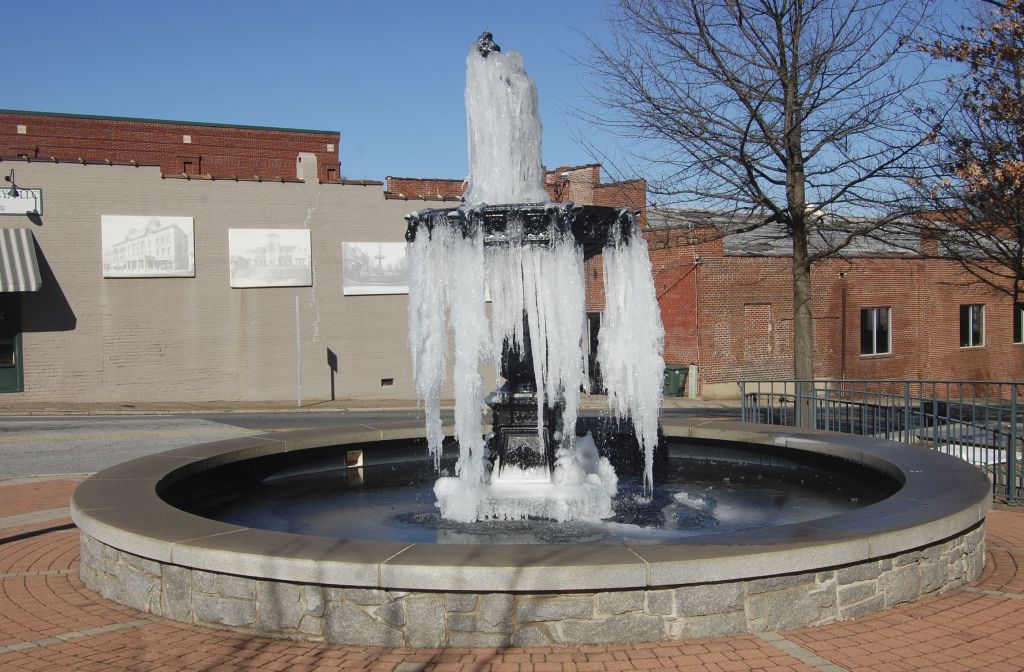 With a record-breaking low on Tuesday morning of 6 degrees, Rowan County was expected to experience 43 consecutive hours of temperatures below freezing before the mercury rises back above 32 degrees this afternoon.

The previous record for Jan. 6 was 12 degrees set in 1884, according to the Associated Press.

The bitter cold delayed Rowan-Salisbury and Kannapolis City Schools for a second morning, as well as schools throughout the state and nation. The temperatures also caused scattered power outages.

John Lipscomb, who hails from northern Indiana, was visiting his son in downtown Salisbury on Tuesday and said he thinks the cold is a shock to people around here.

“People don’t know how to react to it or what to do about it. If we had any snow on top of it, it really would have been exciting,” he said.

Area temperatures have ranged from 15 to 20 degrees below climate normal, and the National Weather Service predicted temperatures would dip to 11 degrees Tuesday night. With wind chill, however, temperatures were expected to feel closer to 6 degrees even into the morning commute.

Glenda Dyson, owner of Just The Thing in downtown Salisbury, said business had been slow Tuesday.

“I think it’s the weather. I think people are staying in.”

“It’s definitely colder than we’re used to. This is out of character,” her son, Travis Spencer, said.

Neil Dixon, a meteorologist at the National Weather Service, said to “make sure all your skin is covered and try to be sheltered from the wind as much as possible.”

In extreme cold weather, the National Weather Service suggests covering your mouth with a scarf, and wearing several layers of loose, lightweight clothing, rather than one thick layer.

Culbert said cold temperatures result in a high demand for electricity, which stresses the electric system and can cause some power outages.

The power company is asking customers to conserve electric energy, which reduces the stress on the system and, consequently, lowers consumers’ energy bills.

Knowing that they would spend time outside waiting, Steve McCree and Jan Gaither made sure to layer their clothing Tuesday morning before their bus trip to Concord.

“It hasn’t really affected me at all,” McCree said about the cold.

The cold weather isn’t expected to last. Highs for the rest of the week are expected to rise into the 40s and even into the high 50s by the weekend.