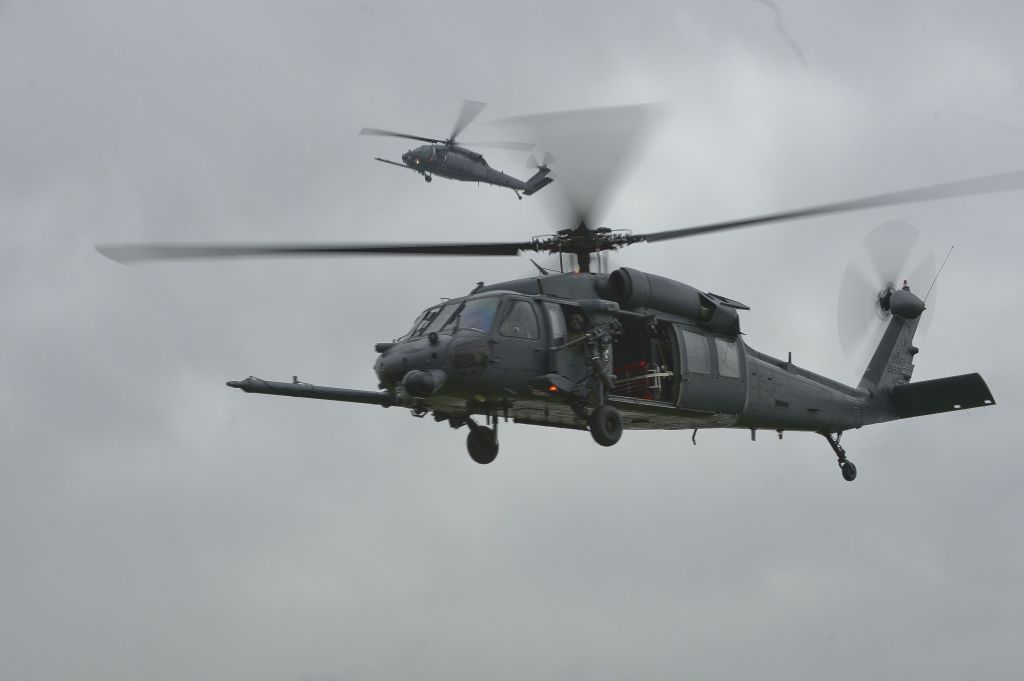 LONDON (AP) — A U.S. Air Force Pave Hawk helicopter crashed in the coastal marshes of eastern England during a training mission on Tuesday night, killing all four crew members aboard, officials said.
The helicopter crashed at about 6 p.m. local time near Salthouse on the Norfolk coast, a statement from the U.S. Air Force said. The aircraft was based at the nearby Royal Air Force station in Lakenheath, Suffolk County, which hosts USAF units and personnel.
The helicopter, assigned to the 48th Fighter Wing, was flying low at the time of the crash, the statement added.
In Washington, a U.S. defense official said the accident killed the four U.S. Air Force crew members aboard. The official spoke on condition of anonymity because he was not authorized to discuss the crash publicly.
Local police in Norfolk County also said they believed all four crew had died. It said family members will be notified before details of the victims can be released.
Emergency workers from the fire brigade, coast guard and police are at the scene. Police in Norfolk County said they believe there is ammunition onboard the helicopter, and the scene was cordoned off so that experts could ensure the area is safe. Apart from the crew, nobody was put in any danger, police said.
It is not yet known what caused the accident.
Pave Hawks — a modified version of the better-known Black Hawks — are mostly used for combat search and rescue missions, mainly to recover downed air crew members or other personnel during war and other hostile situations. They typically practice flying low and fast, often at altitudes of hundreds, rather than thousands, of feet.
Pave Hawks have been deployed in numerous missions, including to Japan in the wake of the tsunami in 2011 and to southern U.S. after Hurricane Katrina in 2005. They also support military operations in Afghanistan, Iraq and Libya.