Gates: Obama grew frustrated over US policy in Afghanistan 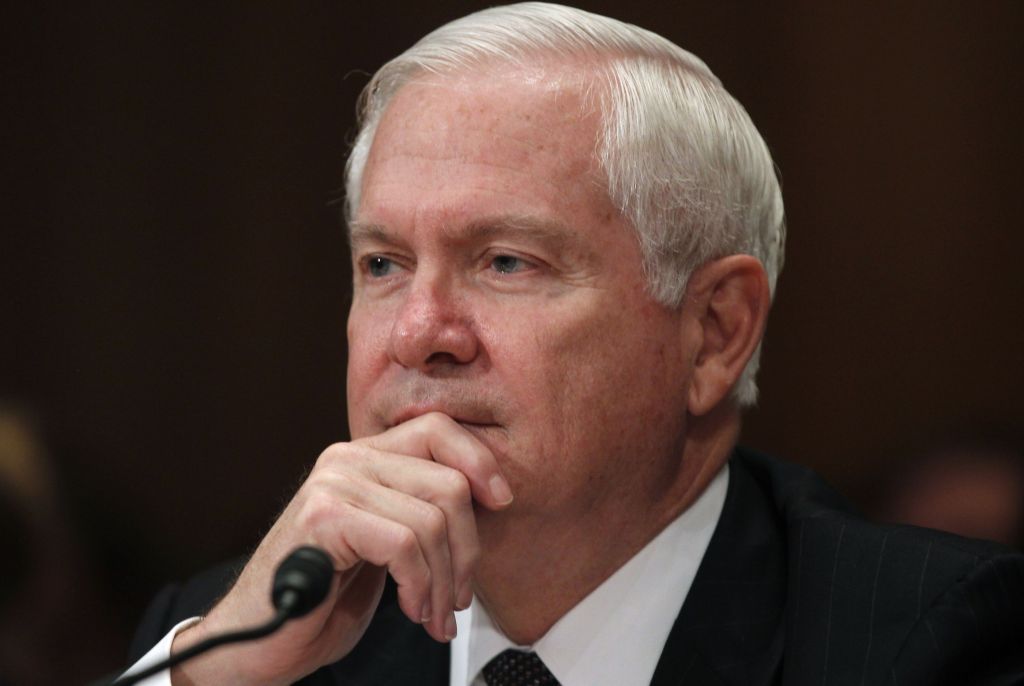 WASHINGTON (AP) — Former Defense Secretary Robert Gates asserts in a new memoir that President Barack Obama grew frustrated with U.S. policy in Afghanistan and that Vice President Joe Biden has been wrong on nearly every foreign policy and national security issue. He also accuses members of Congress of inquisition-like treatment of administration officials.
“I never doubted Obama’s support for the troops, only his support for their mission,” Gates writes in the book, “Duty: Memoirs of a Secretary at War,” which was set for release next week by Knopf.
Obama approved the strategy of putting 30,000 additional troops into Afghanistan and placing Gen. David Petraeus in charge, even though some top advisers opposed the so-called surge he announced in December 2009.
In recalling a meeting in the situation room in March 2011, Gates writes: “As I sat there, I thought: The president doesn’t trust his commander, can’t stand (Afghan President Hamid) Karzai, doesn’t believe in his own strategy and doesn’t consider the war to be his. For him, it’s all about getting out.”
Gates also writes that Biden has been “wrong on nearly every major foreign policy and national security issue over the past four decades,” though he also says Biden is “a man of integrity” — and applies the same assessment to Obama even though he is critical at times of the president’s own leadership.
In response to reports of Gates’ disdain for Biden, the White House National Security Council issued a statement Tuesday asserting that Obama relies on Biden’s “good counsel” every day and considers him “one of the leading statesmen of his time.” Meanwhile, the White House said Obama’s weekly private luncheon with Biden would be open briefly to photographers on Wednesday, a highly unusual invitation for the press and another sign that the president was not putting any distance between himself and Biden as Gates’ scathing critique drew attention.
A Republican, Gates served 41/2 years as defense secretary, the last years of the George W. Bush administration and the first years of Obama’s. According to published reports about the book Tuesday in The New York Times, The Washington Post and The Wall Street Journal:
• During his tenure as Pentagon chief, Gates often found himself tempted to quit because of the adversarial treatment he received from members of Congress. He says that in private the lawmakers could be reasonable. “But when they went into an open hearing, and the little red light went on atop a television camera, it had the effect of a full moon on a werewolf,” he says in an excerpt in the Journal.
• Gates recalls Obama and his secretary of state at the time, Hillary Rodham Clinton, discussing their opposition to Bush’s 2007 surge of troops in Iraq, according to the Post. “Hillary told the president that her opposition to the surge in Iraq had been political because she was facing him in the Iowa primary. … The president conceded vaguely that opposition to the Iraq surge had been political. To hear the two of them making these admissions, and in front of me, was as surprising as it was dismaying.”
• Criticizing what he calls the “controlling nature” of the Obama White House, Gates says the president’s national security team “took micromanagement and operational meddling to a new level,” the Times reports. He is most critical of the growth and size of the National Security Council staff, according to the Times.
• Gates at times criticizes the Bush administration as well as its successor. He holds the Bush administration responsible for what he considered misguided policy that squandered the early victories in Afghanistan and Iraq, according to the Times.
• In praise of Obama, Gates calls the president’s decision to order Navy SEALs to raid a house in Pakistan believed to be the hiding place of Osama bin Laden “one of the most courageous decisions I had ever witnessed in the White House.”