Two men sentenced to prison after 2010 murder of Richard Reeder 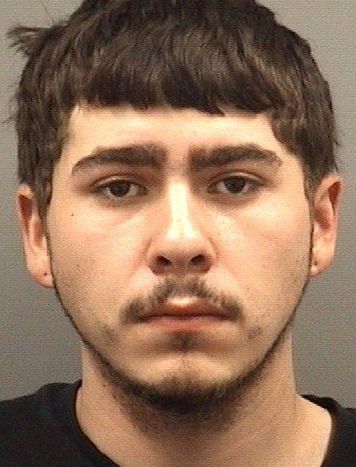 It may never be revealed who killed Richard “Richie” Carle Reeder, but the courts determined Monday afternoon that two men would spend time in prison for what appeared to be an attempted robbery that turned deadly.

During the nearly two hour hearing, Rowan District Attorney Brandy Cook said both Rhoney and Highley said the other actually killed Reeder, who was 42 years old. Reeder once dated Rhoney’s mother, but Cook said, there were no issues with the relationship that would’ve led to Reeder’s death.

On the morning of Dec. 12, 2010, Reeder was beaten with a bottle over the head, a 2-by-4 wooden board was found near him and he was held under water until he died. He is believed to have been carrying with him $900 in cash.

Rhoney has been in the Rowan County Detention Center without bond since his August arrest while Highley was being held under $1 million since his arrest. The two were charged less than 48 hours after Reeders’ murder.

Reeder met with Rhoney, Highley, and a friend of his Paul Flahive Jr., for drinks that night. Flahive returned home to see Reeder asleep his porch. Flahive told investigators he and Reeder were more or less drinking buddies. He went to bed and awoke later, but didn’t know where Reeder, Highley and Rhoney had gone.

Cook said both Rhoney and Highley knew Reeder had money and their intentions were to take that money by tricking Reeder into buying cocaine. The two told investigators different stories, pitting the other as the aggressor. Rhoney told Rowan Sheriff’s detectives Highley struck Reeder three times over the back of the head with a bottle. Rhoney said he tried to run, but Highley made him return, saying they were in it together.

Both men removed their boots and jackets hiding them in the wooded area nearby. Highley later told police where to find Rhoney’s jacket and boots, but did not tell them where he’d hidden his own. Investigators did recover Gary Highley’s boots and jacket not far from the crime scene.

Highley told detectives Rhoney held Reeder’s face in the water and stomped his stomach until the air left him.

Reeder’s body was found by a church bus driver who was picking up riders near the 900 block of North Jackson Street. The driver saw Reeder and once he discovered Reeder was dead, he called police.

Investigators initially believed Reeder drowned in the creek near City Park, but later determined Rhoney and Highley were involved in his death.

Cook said although there was DNA evidence, it was inconclusive as to a 100 percent match or a partial match to Rhoney or Highley. However, DNA found under Reeder’s fingernails could not completely exclude Rhoney.

She said this was a case where both men “have pointed the finger at one another.”

Cook said she and investigators, whom she said did a great job investigating the case, were hopeful DNA evidence would be more conclusive.

Both men said in statements to investigators they smoked marijuana, snorted cocaine, drank a few beers and took some pills.

Cook told the court there were a few relevant circumstances in the case including Rhoney committed the crime with co-defendant Gary Highley, but was not charged with conspiracy to commit a crime, and Rhoney was on pre-trial release for another crime when Reeder was killed. She also said the same aggravating factors should be considered in Highley’s case.

Cook said the assault charge involving Rhoney came in October 2007 when he punched his cousin. The two got into an argument when the cousin threw a flower pot at Rhoney’s mother after she asked him to leave. Rhoney’s cousin arrived at the home intoxicated. Cook said Rhoney punched his cousin with brass knuckles causing fractures and bruises to his face.

Highley pleaded guilty to attempted robbery with a dangerous weapon. In June 2009, Highley went into Rite Aid under the pretenses of picking up a prescription. He told the pharmacist his name and asked for all of the oxycontin. The pharmacist said he didn’t have a key to gain access to the drug. At some point Highley showed the pharmacist his identification, then he left.

His attorney, Scott Robertson, said his client was a model inmate, even helping to paint while at the detention center, and had not any infractions while there.

Robertson also said the DNA was not there to place his client at the crime scene. Highley declined to say anything to Reeder’s family.

Superior Court Judge Kendra Hill said she usually doesn’t impose a fine in a case involving an active sentence, but she wanted both men to “understand the severity of the crime.” Hill ordered Rhoney to pay $25,000 and Highley was ordered to pay $15,000 in fines.

Rhoney’s attorney, Salisbury’s James Randolph said he had been working on the case for about six months. In the beginning Rhoney was represented by Attorney Nancy Gaines of Salisbury.

Randolph said in the time he’s worked with Rhoney, he was remorseful, but said it did not “do anything to bring Mr. Reeder back.”

Rhoney did address Reeder’s family apologizing for what he did to the family.

Rhoney has a young son, who was briefly in court, but the judge said she felt it best to have him leave because of the evidence that was being presented. Rhoney’s family sat in the front row. Members of Highley’s family also appeared in court. Reeder’s family, including his mother and daughter were also in court, but decided not to say anything during the hearing.