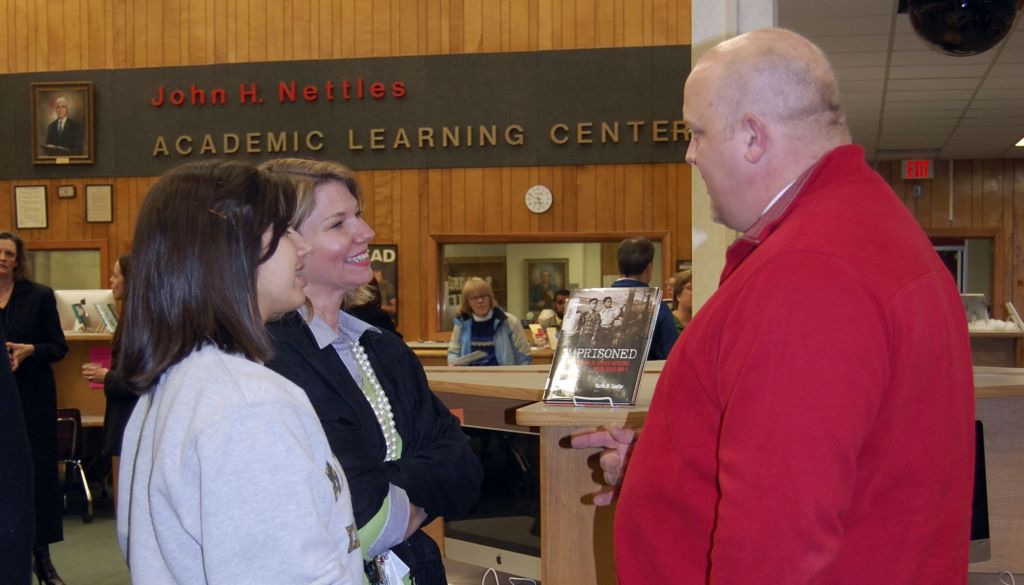 The Steinman family gave new Salisbury High School Principal Luke Brown a “thumbs up” after meeting him at a meet and greet at the school Monday evening.

Brown took several minutes to talk to each individual and family that came to meet him.

Jenny and Tim Steinman attended the reception with their children, Gabe and Grace. They described Brown as very impressive and personable.

“It seems like he’s ready to go,” Tim said. “That’s what we were looking for when we put our input in.”

Grace said it was important to her that Brown gets involved with the students on a personal level.

Tim also said that he hoped Brown would focus on keeping and getting more good teachers.

“It would be good for him to be long-term,” Grace said.

Interim Principal Kathy McDuffie said, “I think he’s going to have a very positive impact on the school”

She added that he’s very “student-centered.”

Jake and Carole Parrott attended the meet and greet with their tenth-grade daughter, Caroline.

The common theme that the families brought up was academics.

Gail Yatawara said that she wants him to “focus on education” and Jake Parrott hopes Brown “continues to strengthen the academics.”