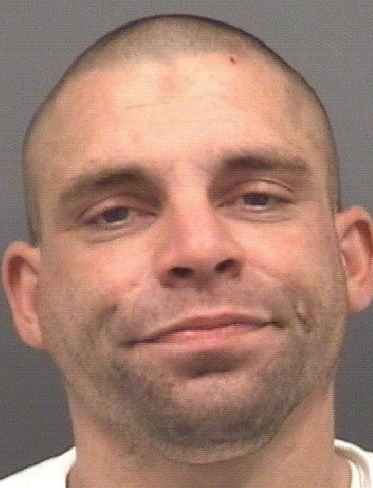 Less than a year after Rowan County Sheriff’s Office investigators charged a Rockwell man with having a mobile methamphetamine lab at his home, he is about to be charged by authorities again.
Joshua Aaron Senk, 33, of Wind Swept Way, Rockwell, is being held at the Neuse Correctional Institute, but detectives say they plan to charge him with stealing items from his father-in-law and mother-in-law that were later sold to area pawn shops.
The items taken include a laptop, chainsaw, other power tools, string trimmer and other lawn equipment. The stolen items were taken between October and November. The stolen property was sold at Rowan Gun and Pawn, Reliable Pawn and Quick Cash Pawn, a report said.
In May 2013, Rowan investigators searched Senk’s mobile home, where they found six one-pot meth labs inside and outside. The one-pot labs are used in a method where the makers mix cold pills with other chemicals and shake the contents inside bottles. Senk turned himself in a few days after his home was searched and the chemicals removed.
In October 2013, Senk was arrested and charged after he tried to use “good urine” for a drug test. He went to his probation officer where he was supposed to take a urine test. Authorities said he used a latex glove filled with drug-free urine that he was trying to place in a cup, but was caught by a probation officer.
Rowan detectives will bring Senk back to Rowan County to face the latest charges.