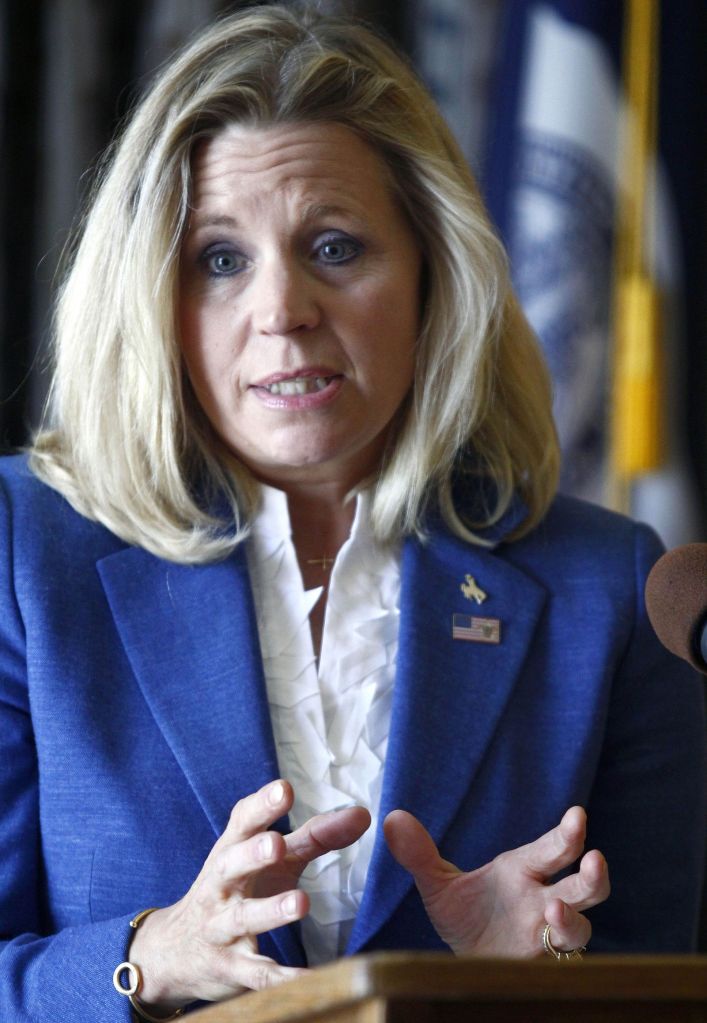 WASHINGTON (AP) — Liz Cheney, daughter of former Vice President Dick Cheney, said Monday she is abandoning her effort to unseat Republican incumbent Sen. Mike Enzi of Wyoming.
Cheney cited “serious health issues” that “have recently arisen in our family” as the reason for her decision.
But her candidacy had raised hackles in the Republican Party and caused a public rift with her sister, Mary, a lesbian, over Liz Cheney’s opposition to gay marriage.
In her withdrawal statement, Cheney did not mention those controversies.
“Serious health issues have recently arisen in our family, and under the circumstances, I have decided to discontinue my campaign. My children and their futures were the motivation for our campaign and they will always be my overriding priority,” Cheney said. She did not specify those health issues.
She added: “As a mother and a patriot, I know that the work of defending freedom and protecting liberty must continue for each generation. Though this campaign stops today, my commitment to keep fighting with you and your families for the fundamental values that have made this nation and Wyoming great will never stop.”
Cheney moved her family from Virginia to Wyoming to run for the seat. Her effort to replace Enzi angered and upset many Republicans and drew virtually no support from Senate Republicans, who rushed to back the Senate veteran. Enzi’s supporters called Cheney a carpetbagger and opportunist. .
Sen. Jerry Moran, R-Kan., chairman of the National Republican Senatorial Committee, swiftly expressed support for Enzi moments after Cheney announced last year.
When she announced her campaign, Cheney said it was time for Republicans in Congress to stop “cutting deals” with Democrats and said it was time “for a new generation of leaders.”
“We’ve got to stand and fight, and we have to defend what we believe in. We have to not be afraid of being called obstructionists,” Cheney said.
“In my view, obstructing President Obama’s policies and his agenda isn’t actually obstruction; it’s patriotism,” Cheney said. “I think we have to stop what he’s doing, and then as conservatives, we’ve got to say, ‘Here’s what we believe,’ and, ‘Here’s the path forward,’ and that’s what I intend to lay out in this campaign.”
In November, Cheney said she opposed gay marriage, sparking a public feud with her sister, Mary, who is a lesbian and married.
Cheney’s decision was first reported by CNN, The New York Times and Politico.