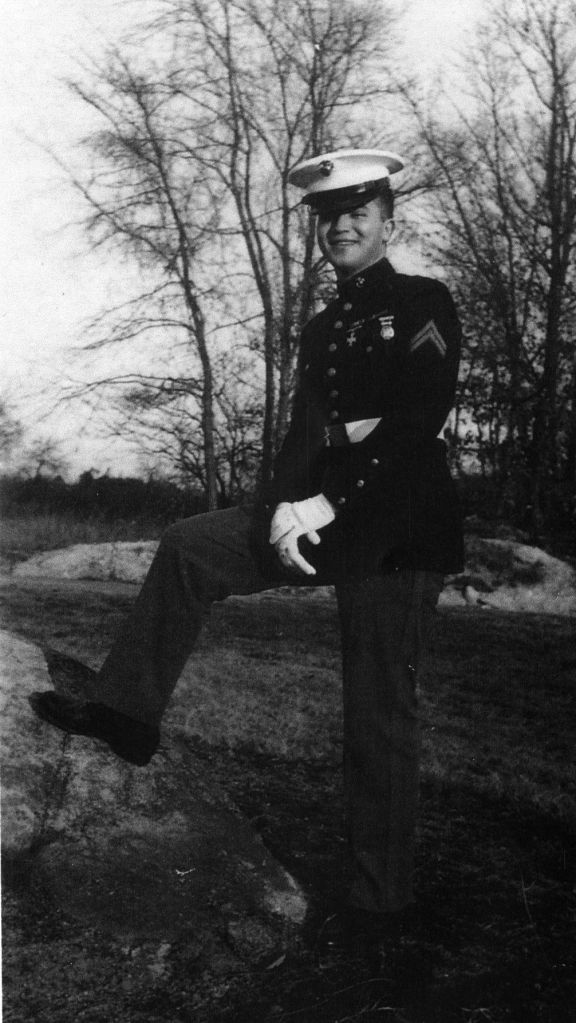 Faith resident Bill Retallick recently returned home from the Marine Corps Recruit Depot at Parris Island in South Carolina, where he was invited by the commanding general’s office to participate in the Marine Corps Legacy Program.
Retallick addressed the graduating recruits of Delta Company’s 1st Battalion on Dec. 18. One of those recruits was his grand nephew.
The purpose of the Legacy Program is to invite members of the Old Corps to speak to young men to tell them what the Corps did for them and to motivate them to achieve and excel in what they do.
Here’s part of what Retallick said to the group:
“I bring you greetings from the Old Corps. Sixty years ago, I arrived on this island in the middle of the night. Thirteen weeks later I passed in review and left this island in the bright sunshine standing tall.
“I would hope that all of you are experiencing now the thoughts and feelings that I had those 60 years ago. I was a Marine. A title that is recognized worldwide. A title that is synonymous with discipline, teamwork and faithfulness to your cause. You men have conquered 13 weeks of grueling and intensive training and have earned that title. You have joined a brotherhood of all the men and women who have earned that title since the founding of our beloved Corps. A title that will stay with you the rest of your life whether you pursue a civilian or military career.
“However, with that title is an obligation to preserve the hard-earned reputation that the Corps has. No matter where you go in life, you are now a member of a fellowship unmatched by any military organization. You can be what you choose to be. Anybody can be nobody. Set goals, word hard and be somebody. You owe it to yourself.
“The torch has been passed to you. You are America’s 911 force. Capitalize on what you have accomplished by living your life with the attributes that these drill instructors have instilled in you — discipline, teamwork, dedication and faithfulness.
“Go forward from here with what these men have taught you and apply yourself to the task at hand. Good luck, God bless you, Semper Fidelis and Oorah my brothers.