Sharon Randall: ‘There, there’ contains a world of comfort 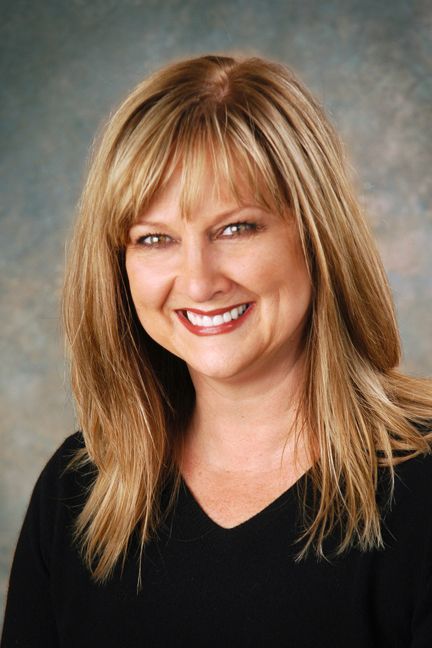 It was just a small party, a few good friends who’d understand, I told myself, if they came to dinner and I wasn’t home.
Shortly before our guests were due, I became painfully aware that something wasn’t right. And it was getting wronger.
OK, I’ll just say it. I had what is known in medical terms as a UTI (urinary tract infection) or in more descriptive terms as an FOLH (flat-out living hell).
When I told my husband we might need to cancel dinner, he said, “Quick, call the doctor!”
The office was closed. The answering service said my doctor wouldn’t prescribe an antibiotic over the phone and I should go to an emergency room or an urgent care clinic.

I pictured waiting for hours in the ER with people bleeding and coughing and throwing up. It was not how I wanted to spend the evening. So I called the nearest pharmacy with an urgent care clinic. It was open, but would close in an hour.
I grabbed my keys, told my husband to start without me and I’d be back as soon as I could.
Remarkably, I was first on the waiting list. There was only one patient ahead of me in the exam room. So I texted my husband to say I should be home soon.
Then I sat down and began studying the medications on the shelves. Who knew there were so many ways to treat a cold?
An hour later, I decided the person in the exam room was having a heart transplant and I’d be there all night. My pain was worsening. I was hungry, cold, dangerously close to tears and I really hate to cry in public.
As a child, when I cried, my grandmother would nestle me in her great pillowy bosom, pat me just so, and whisper the magic words: “There, there.”
That was all it took. “There, there” with the proper patting made everything better.
I have used those words countless times over the years to comfort my children when they were hurting; to soothe my mother when she was dying: and once, on a bumpy flight, to stop a woman from screaming, “Oh, God, we’re going down!”
I’ve even tried saying them to myself, but that never seems to work. Maybe the real magic is knowing that someone cares enough about you to say them?
That’s what I was thinking when I saw her. She was 3 years old, maybe 4, standing by her mother, who was scanning the shelves of cold remedies.
Her long dark curls tangled in knots the way mine and my daughter’s did when we were her age. She wore a red dress, white tights and sparkly shoes, and looked at me with eyes too wise for her years.
When she started toward me, her mother glanced up, checked me out, then nodded and went back to perusing the shelves.

She came close and stopped inches away, studying my face.
“Hey,” I said. “I like your shoes. What’s your name?”
She didn’t speak, just stared into my eyes as if to see beyond them. Her nose was running. She wiped it with a fist.
“You have a cold?” I said. “It’s no fun being sick, huh?”
And then, for reasons I can’t explain, she reached out her small starfish hand and slowly patted my knee, just so, just right, as if to say, “There, there.”
Her mother called to her in Spanish and she turned to run, but looked back once to smile at me. Then they were gone.
Minutes later, hallelujah, the heart transplant patient walked out, and I went in to be tested, examined, diagnosed and given a prescription that I picked up at the pharmacy, with some magic numbing pills that said in their own way, “There, there.”
Then I went home to serve up supper. And it was still warm.
Sometimes we entertain friends. But sometimes, if we’re really lucky, we get to entertain angels in sparkly shoes.
Contact Sharon Randall at www.shns.com.